On the recent quizzical rally – markets only moved higher on the central bank intervention, and it was evident this plan was leaked ahead of time as markets gapped open higher last Monday – a discernible trend has taken root. Asian markets have shown the tendency, at least for the past few days, to sell-off; then as European liquidity enters the market, capital has rotated back into higher yielding currencies and risk-correlated assets. This held true again today, with markets selling off in Asia, as provoked by the Reserve Bank of Australia rate cut, and then turning around at approximately 8:00 GMT.

Despite the rally in the first half of European trading, the Australian Dollar remained the weakest major currency across the board as the RBA’s policy decision weighed on speculative flows. Likewise, the broad shift to risk-aversion propped up the Japanese Yen, which was the best performing currency on the day. We’re now starting to show some signs of weakness in the carry trade again, a sign that global growth concerns may be creeping back into the near-term outlook of traders.

If the Yen begins to outpace the U.S. Dollar again, to the point at which the discussion turns to whether or not the Yen can set fresh all-time highs against the Greenback, then we fully expect the Ministry of Finance or the Bank of Japan to step into the markets again. This is not expected to occur for some time, however, with the USD/JPY well-above its lows set earlier this quarter.

Ahead of trading in New York, the Bank of Canada held its monthly rate decision, and the more liquid conditions at the time of the policy meeting provoked more volatility than the RBA rate decision earlier in the day. Unlike the RBA, which cut its rate by 25-basis points, the BoC maintained its key rate at 1.00 percent. This was in line with market expectations, as the Canadian economy has exhibited resilience that other developed economies have failed to.

Governor Mark Carney noted that the Euro-zone crisis was likely going to be the major headwind to the economy going forward. “The recession in Europe is now expected to be more pronounced than the Bank had anticipated in October.” He also noted that prospects for further stimulus remain uncertain, as “There is [already] considerable monetary policy stimulus in Canada.”

Following the rate decision, with the commentary being perceived as less-dovish-than-expected, the Canadian Dollar was gaining across the board, particularly against the safe havens. The USD/CAD fell nearly 60-pips, at the time this report was written, and had broken intraday lows established shortly after the European session open. Likewise, the considerable weakness exhibited by the USD/CAD propelled the pair through its hourly moving average confluence zone, from 1.0167 to 1.0175, where the 20-, 50-, and 100-HMAs reside. 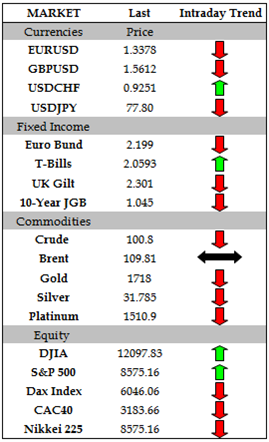 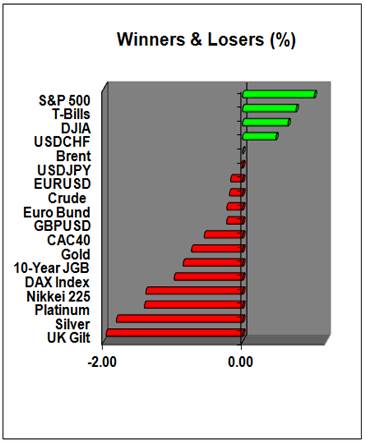 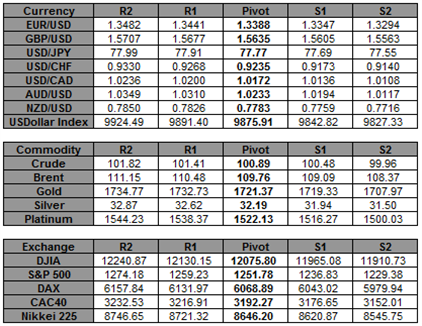