After weeks of U.S. Dollar dominance – essentially since the Japanese Ministry of Finance intervened on October 31 – the first part of this week has not been so kind. Yesterday’s price action certainly changed the FX landscape in the near-term. Still, the run up by higher yielding currencies and risk-correlated assets in recent days was not expected to last. The overnight price action suggested the U.S. Dollar may be bottoming; although we are still in the early development stages of forming a base here.

Poor data out of Australia and disappointing manufacturing data from China weighed on the commodity currencies, leading the Australian Dollar lower overall against its peers. After a string of days cumulatively accruing 5.89 percent against the U.S. Dollar, the Aussie was due for a pullback. Overall, the FX Carry Trade Index – an equal-weighted basket of long-Aussie, Canadian Dollar and New Zealand Dollar positions against short-Japanese Yen, Swiss Franc and U.S. Dollar positions – was down by 0.47 percent, at the time this report was written.

Despite the sell-off in higher yielding currencies, the Euro found support in the European session, finding bids higher on bond auctions in France and Spain that produced palatable results. At the time this report was written, the EUR/USD was trading at 1.3480, just below its daily high and 20-DMA, at 1.3520. Why is the Euro leading the pack? It’s evident that the European Central Bank is back in the secondary market buying up Italian and Spanish bonds. Ahead of trading in New York, the Italian 10-year bond yield dropped by 18-bps to 6.801 percent, while the Spanish 10-year bond yield fell by 23-bps to 5.942 percent.

With the United States’ labor market reading due tomorrow, markets are likely to consolidate ahead the storied report. The non-farm payrolls report coupled with the unemployment rate print offers the greatest potential for significant price action in light trading tomorrow. The American economy has been steadily adding jobs, albeit at a slower-than-desired pace in 2011, and the trend is expected to continue. According to a Bloomberg News survey, 120K jobs are expected to have been added in November, from 80K in October. This would keep the unemployment rate at 9.0 percent, in line with its 2011 average.

This NFP print is of particular interest given the shifting dynamic of global capital flow. Over the past few years, the U.S. Dollar has served as the ultimate safe haven in bad times (see: August 2008 to March 2009) and the ultimate funding currency in good times (see: November 2010 to May 2011). Now, as other countries face growth concerns while the United States does not, the U.S. Dollar is finding revival on hopes that the American economy can once again power global growth. If tomorrow’s NFP print meets or beats expectations, the Federal Reserve would have another data point suggesting that there isn’t a strong need for further quantitative easing. This is a new trend that is starting to take hold, and will be monitored over the coming weeks. 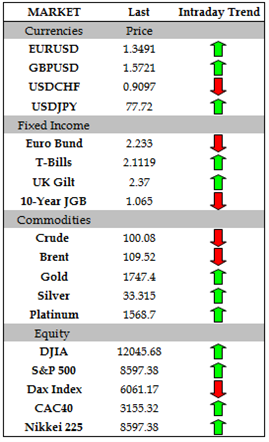 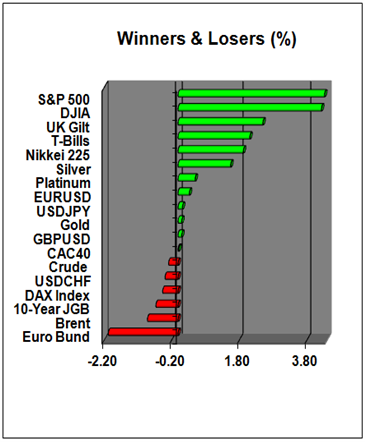 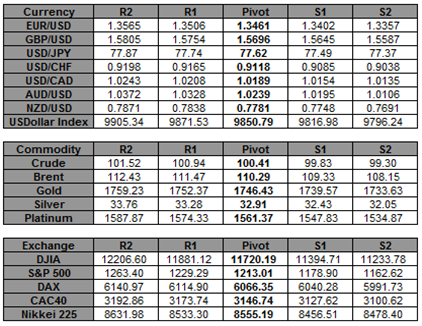