• Japan Intervenes to Tame Soaring Yen Ahead of G-20 – Reuters

In a surprise move to start the week, Japan’s Ministry of Finance announced early on Monday morning in Asian trading that the governmental institution had decided to intervene in the currency markets. At approximately 00:30 GMT, Finance Minister Jun Azumi’s order to intervene on behalf of a weaker Yen hit the wires, sending the USD/JPY from just above 75.500 to 79.500 in a matter of minutes. The rumored ¥7 trillion package to manipulate the Yen’s exchange rate would be the largest on record, dwarfing the efforts set forth in August.

Finance Minister Azumi’s commentary following the intervention was in line with the standard rhetoric that has been employed by Japanese officials in regards to the Yen, noting the funding and safe haven currency’s recent appreciation has been due to “speculation,” as the Yen’s exchange rate does “not reflect [the] fundamentals of the economy.” The official also noted that “Japan will continue to intervene until satisfied,” a harbinger of perhaps more interventions in the coming days.

The biggest beneficiary of the move to manipulate the Yen was hands down the U.S. Dollar. The Greenback rallied over 4 percent against the Yen at its peak following the move, good for nearly 400-pips to the upside. The U.S. Dollar’s strength boosted it against the rest of the major currencies, with the higher yielding currencies, such as the Australian Dollar and the New Zealand Dollar, selling off over 1 percent each at the move’s apex.

Ahead of North American trading on Monday, risk-appetite was seeing a rebound, with the AUD/USD almost 100-pips above its post-intervention low. Likewise, the EUR/USD had rebounded as well, after hovering just below the psychologically significant 1.4000 exchange rate for the early part of Monday.

In all likelihood, the Yen’s weakness is unlikely to persist and thus it is unlikely that this is the last intervention by a Japanese governmental body. The Yen’s depressed value against the U.S. Dollar allows exporters, who have seen their profit margins siphoned away by the currency’s strength, to establish new hedges at ‘better’ prices to as to protect their cash flows in the future. As such, at least for Monday, buying pressure is likely going to be met with selling pressure, but the USD/JPY bias remains to the downside with the FXCM Speculative Sentiment Index still reading +4.6; as a contrarian indicator, the index suggests further losses for the pair. 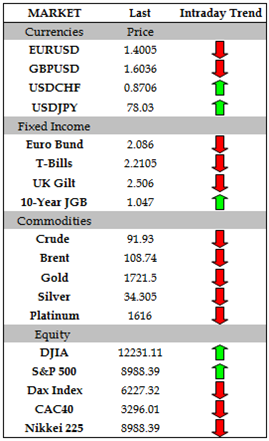 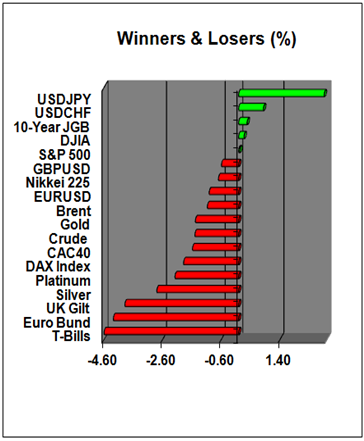 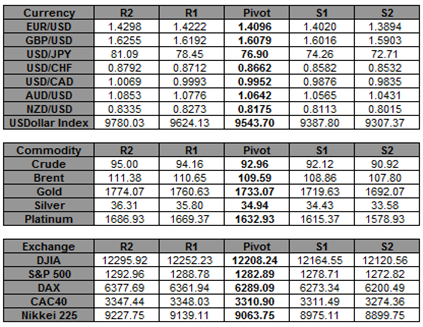