Yen Rallies as Euro-zone Optimism Fades After Only One Day

Market participants exhibited an interesting characteristic in the overnight session, one that has been lacking in recent months as governments stepped up their efforts to intervene in financial markets. After the Euro-zone summit concluded and a deal to save the Euro-zone was announced, global equity markets surged higher, with the S&P 500 and NASDAQ pushing into positive territory for the year. Likewise, European equity indices gained well-over 5 percent in most cases, with the French bourse gaining over 6 percent.

The elation that followed the announcement has already started to subside, an unexpected quick turnaround in investor sentiment in such close proximity to the Euro-zone summit. Given the lag time that markets have needed to fully digest data, it was anticipated that a rally to risk might continue for some time into early-November before questions about the credibility of the Euro-zone’s plan (which I have stated is incomplete and will only lead to bigger issues down the road) came back to the forefront of investors’ minds.

As such, after yesterday’s intense rally, there has been a bit of a pullback in higher yielding and risk-correlated assets, with the Japanese Yen and the U.S. Dollar posting the largest gains while the commodity currency block lagged the pack. In fact, the USD/JPY moved closer towards its all-time low, at 75.651, shortly after trading opened in New York on Friday.

The move lower comes after Japanese Finance Minister Jun Azumi restated his position that he is prepared to take “bold” action to stem the Yen’s advance were it to continue; it appears markets are testing the might of the Bank of Japan, and an intervention looks likely on the horizon. Given the lack of conviction behind the move lower in risk-appetite, it appears the pullback amounts to little more than some profit taking. As such, yesterday's rally could find some follow through into next week.

Few mainstream media outlets have gone out on a limb to criticize the deal, but those that have are pointing out the one glaring weakness that the plan has: it looks a lot like the catalysts that dragged the global economy into a recession in the first place. Late yesterday, Jens Weidmann, the president of Germany’s Bundesbank and a member of the European Central Bank’s governing council, called into question the credibility of the Euro-zone rescue plan. In fact, Mr. Weidmann said that “[the fund] is tied to higher risks of losses and to increased sharing of risks.” He also noted that “the way they are constructed, the leveraging instruments are not too different from those which were partly responsible for creating the crisis, because they concealed risks.”

Going forward, if other Euro-zone area officials call into question the feasibility of the grand plan schemed to save the Euro, market sentiment will rapidly deteriorate and there could be a very sharp switch back into safer assets; the medium-term stability of global markets rests solely in the Euro-zone’s ability to resolve it’s issues.

If the savings rate is falling while inflation adjusted income contracts, the math shows that there will be a necessary pullback in consumer spending in the coming periods. This is a poor signal for the U.S. economy, which after nearly four years underwater has finally grown back to its pre-recession output level. Consumption accounts for nearly 70 percent of the overall growth figure, and if recent consumer spending trends are not sustainable, a recession in 2012 cannot be ruled out just yet.

If the economy does enter another recession, it appears that the Federal Reserve is prepared to expand its balance sheet for a third time. As history has shown, the Federal Reserve’s quantitative easing plan does little more than reduce income adjusted for inflation and rapidly devalue the U.S. Dollar. 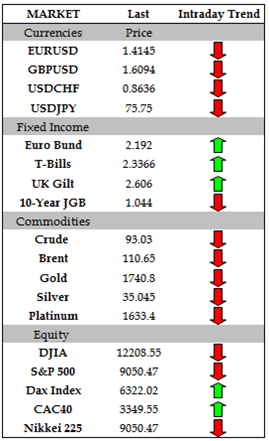 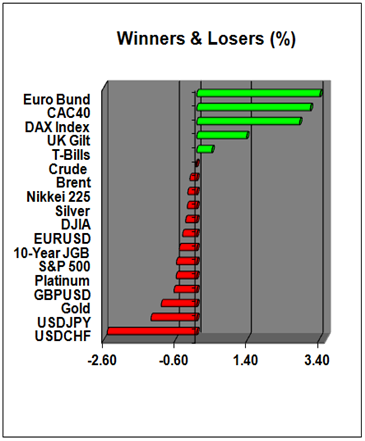 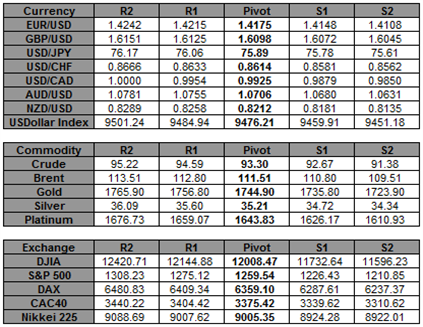