The long-awaited day has finally come. European leaders concluded their summit in Brussels with a 02:00 GMT press conference that is the penultimate moment in the Greek debt saga. Banks and Euro-zone leaders reached agreement early on Thursday to allow for a 50 percent write-down on the value of their Greek debt holdings, a move ultimately enacted to ensure the stability of the Euro-zone, at least in the near-term.

Market participants have taken kindly to the news, as was expected, now that Euro-zone governments are backstopping losses accrued by banks on Greek sovereign debt. European equity markets have soared throughout trading on Thursday, with the German bourse up over 5.4 percent, at the time this was written. The currency markets were in risk-on mode as well, with the U.S. Dollar dropping across the board, down over 1.5 percent against the Australian Dollar, the British Pound, the Euro and the Japanese Yen.

The Euro saw a notable jump, which has rallied over 200-pips against the U.S. Dollar since the Euro-zone summit was concluded early this morning in Brussels. Overall, however, the Euro was not the best performing currency; that title would go to the Australian Dollar.

The Aussie surged throughout the overnight, picking up 2.7 percent against the U.S. Dollar, at the time this report was written. As the highest yielding currency among the majors, the additional liquidity injected in the financial system spurs appetite for risk, bring capital into the Aussie. Similarly, the New Zealand Dollar performed exceptional as well, on the back of the Euro-zone summit results and a surprisingly hawkish Reserve Bank of New Zealand policy statement following their rate decision yesterday.

In terms of what happens going forward, the situation remains dicey at best. As noted yesterday, it is likely that the higher yielding currencies and risk-correlated assets will find bids higher on news of relief to credit markets. If a liquidity crunch is ruled out in the short-term, then the U.S. Dollar is likely to come under pressure as investors flee safer assets and shift capital into riskier investments, knowing full-well that their investments are back-stopped by Euro-zone measures.

In the long-term, the mix of introducing further austerity to the periphery nations coupled with further easing and additional bank bailouts could provoke additional civil unrest, a scenario desired to be avoided as the protests against said measures have already taken a turn for the worst in Greece. Should public outcry move beyond protests in the periphery to the core, the future of the Euro-zone, and the Euro, will be at stake. This is a scenario unlikely to occur before early 2012 now that the ‘can has been kicked down the road’ once more.

Looking ahead towards next June, the deadline set for Euro-zone banks to raise €106 billion, it is worth noting the ramifications of the new 9 percent Tier 1 Capital Ratio rule that will be in place eight-months from now. To start, it has not been disclosed where that additional funding will come from – either by banks raising new capital in the form of issuing new debt or by selling existing assets to reduce the size of their balance sheets. Additionally, drawing a parallel to the crisis that occurred three-years ago, after American banking institutions received liquidity injections in November 2008, equity markets rallied briefly before plummeting for five-months thereafter before bottoming in March 2009.

An hour ahead of the North American session open, the headline third quarter growth figure for the United States was released. The annualized 2.5 percent clip comes in line with expectations, according to a Bloomberg News survey. The big boost in growth – well-above the 1.3 percent rate in the second quarter and the best reading in nearly four-years – comes on the heels of a surge in consumer spending.

Household purchases surged to 2.4 percent in the third quarter, as the savings rate dropped to 4.1 percent, the lowest such rate since the fourth quarter of 2007. After-tax incomes adjusted for inflation fell by 1.7 percent at an annualized rate, the biggest drop since the third quarter of 2009. This mix of data is uninspiring, to say the least. Consumer spending accounts for nearly 70 percent of the overall growth figure, and if incomes adjusted for inflation keeps falling, U.S. growth will need to come from elsewhere. The sustainability of U.S. growth remains to be seen, and it would be of little surprise if there is a significantly disappointing reading in the coming quarters. 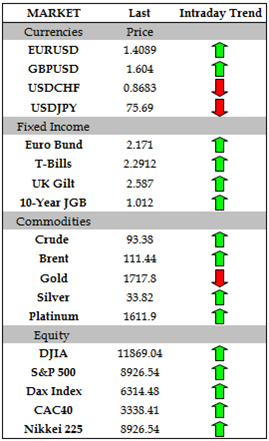 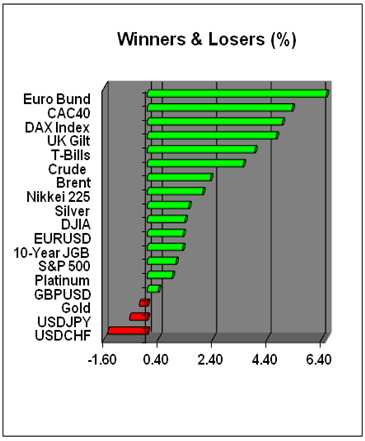 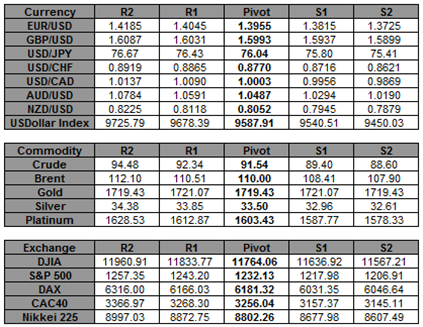