• EU Said to Weight Use of $1.3 Trillion as Franco-German Discord Mars Talks – Bloomberg

Yesterday was shaping up to be an exceptionally disappointing day leading into a disappointing weekend, as news reports surfaced that the German leadership bloc was considering not attending the Euro-zone summit this weekend. Instead, while German leaders would actually be attending, it became clear that an agreement forming some sort of resolution to the Euro-zone crisis would not be reached by Sunday. Briefly, risk-aversion took hold of trading on Thursday, sending European equity markets and the Euro to session lows.

No less than 3-hours later in the afternoon session in New York, it was announced that instead of one summit, there would be two spanning five days, and that Euro-zone leaders would work tirelessly over the next few days to submit a resolution to the public by Wednesday the latest. The summits are scheduled for October 23 and October 26. The news has since led to a mass exodus from the U.S. Dollar, pushing equity markets and higher yielding currencies back towards their highs set earlier this week, with much of the rally taking shape during European trading on Friday.

While higher yielding and risk-correlated assets have unquestionably been the biggest beneficiaries of the Euro-zone summit developments, the Euro has also held up nicely, rallying for four consecutive days despite wild swings. The Euro’s advance this past week has been its longest streak of gains since July. It is worth noting that the EUD/USD has had a tendency to rally on the news of resolutions for Greece, before selling off after they are officially announced. This was most notable on the confidence vote for Prime Minister George Papandreou in late-June and early-July, when the EUR/USD rallied up to 1.4577 on July 4 before falling to 1.3836 on July 12.

In another notable development, the USD/JPY reached a post-war low again today, at 75.78, breaking the previous low of 75.94 set on August 19. Typically, such Japanese Yen strength comes in a time of need for safety. Indeed, that is still the case here. A Euro-zone bailout package has and will boost risk-appetite in the short-term, reducing the attraction of the U.S. Dollar, considering liquidity concerns would be alleviated temporarily. Still, given the uncertainty surrounding Euro-zone debt, the Yen provides ample safety, which is why it has help up against the U.S. Dollar and remains a better performer than the Euro on the day. 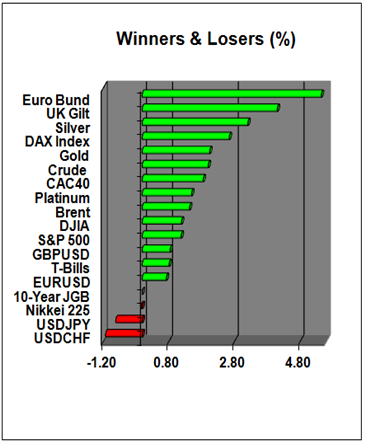 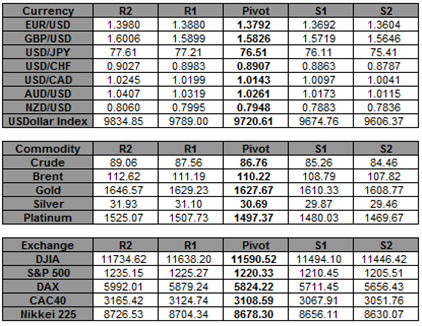