After higher yielding and risk-correlated assets, such as the Australian Dollar and Euro, lost ground against the U.S. Dollar in Asian trading on Thursday, risk-appetite found support during early European trading, floating higher on lower volume across European equity markets. The shift back to risk-appetite gained steam just before 09:30 GMT after Reuters released a report citing a document outlining the possible expanded capabilities of the European Financial Stability Fund.

According to the Reuters report, the EFSF would be able to buy bonds on the secondary market if a given Euro-zone country has no bank solvency problems and has historically good borrowing costs. The European Commission and European Central Bank would then prepare an agreement with the Euro-zone country in 1 to 2 days, specifying how long the secondary market purchases would take. Finally, after buying bonds on the secondary market, the EFSF would have the ability to sell them back on the market, hold them to maturity, sell them back to the issuing sovereign, or use for repo.

Following the news, the U.S. Dollar was sold off across the board and quickly became the worst performing currency across the majors midway through European trading. The AUD/USD and EUR/USD jumped nearly 70-pips each on the news before pulling back slightly. In fact, while the AUD/USD has stabilized near its post-rally fade, the EUR/USD has continued lower ahead of trading in New York.

In another unsettling development out of the Euro-zone, it appears that European bailouts no longer have any prerequisite conditions. According to a draft of a debt inspectors’ report obtained by the Associated Press, “Greece's international creditors warn that a second rescue package tentatively agreed in July may not be enough to save the country from bankruptcy, but believe Athens should nevertheless get its next batch of bailout loans.” The report also stated that “[A]lthough the inspectors said Greece has missed its deficit-cutting targets and that the pace of its reforms is insufficient, they said Athens should get euro8 billion ($11 billion) of bailout loans as soon as possible so the country does not default on its debts next month.”

The most disconcerting part of the report was that the inspectors said Greece's debt dynamics remain "extremely worrying." Thus, although Greece failed to meet its obligations and will unlikely have the ability to do so in the future, they will still receive loans to pay off private sector creditors. The conclusion here is evident: the conditions on which the bailouts are predicated are merely mirages, making said bailouts unconditional.

While Greece has been a repeat offender in terms failing to meet their budgetary obligations, the ramifications of this unconditional bailout now extend to Italy and Spain. The formula that European leaders have been using to solve the debt crisis – cut spending by imposing intense austerity measures – has not and will not work (as history has shown). In Greece’s case, austerity has only increased social unrest, leading to strikes, bringing the country’s economy to a grinding halt. This in and of itself has lead to Greece being unable to meet its budgetary obligations.

Using Greece as a case example, why would Italy and Spain want to risk violent protests (which were occurring between police officers and protesters in Athens at the time this report was written) in order to receive bailout funds that they will undoubtedly receive anyway? This decision making has now opened the door to a wave of sovereign moral hazard in the future. 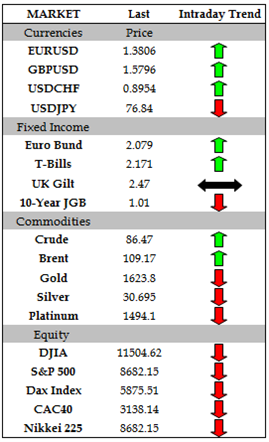 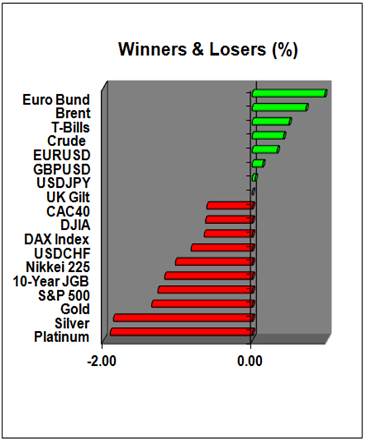 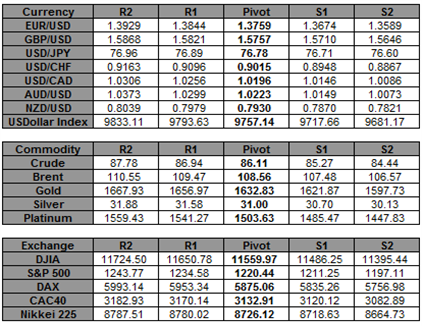