Retail Sales Weigh on Sterling Even as Risk-Appetite Improves

• Merkel Risks Own Downfall to Save Greece – Bloomberg

Risk was back off after trading in Asia on Thursday, as concerns that a fractured European leadership block could be a significant obstacle in the way of resolving the Euro-zone’s collective debt problems. While French President Nicolas Sarkozy has been lobbying for an expanded European Financial Stability Facility, undoubtedly to backstop his country’s rapidly deteriorating financial sector, German Chancellor Angela Merkel has been hesitant to say the least. In fact, German lawmakers are pushing for exceptionally stringent liquidity rules in order to preemptively ring fence further contagion issues down the road.

According to parliamentary sources, German Finance Minister Wolfgang Schäuble told lawmakers yesterday that he expects a deadline of June 30, 2012, for European banks to meet increased capital levels, which have been rumored to be at a minimum 9 percent core tier 1 capital ratio. In another interesting twist to the debt saga – which according to The Guardian was solved on Tuesday (it wasn’t and the report has since been refuted) – Bloomberg News obtained the European Union working paper on the crisis, which showed that banks requiring aid from the European bailout fund would need to be restructured. My view remains that Greece will default – it’s not a matter of if, but when – and the fact that European leaders are hastily working on ring fencing Greek debt not only strengthens my view, but suggests that a default may be coming sooner rather than later.

In terms of significant data released near the start of trading in Europe, United Kingdom retail sales surprised economists and posted their biggest gains in 5-months in September, jumping from 0.6 percent from August, on a monthly basis. Similarly, sales were up 0.6 percent on a year-over-year basis, after dropping by 0.8 percent in August. While the sales data was better-than-expected, the price action exhibited by the GBP/USD following the release suggests that the data did not inspire much confidence among market participants.

While the pair jumped nearly 30-pips on the news back to its 50-HMA at 1.5743, its gains were quickly pared on the downward revisions in August’s data, and by the likely possibility that the increase in retail sales was more of a fluke rather than a reversal of a downward trend in consumer spending. The Bank of England’s decision to expand its quantitative easing program underscores the poor health condition of a stagnating British economy, and given the bleak outlook, consumer spending is likely to remain depressed in coming months as the labor market deteriorates coupled with an increased cost of living unmatched by real wage growth.

The Sterling was already the weakest currency ahead of the retail sales data, down over 0.3 percent against the U.S. Dollar at the start of the European session, even as the other major currencies pared back most of their losses and even posted gains against the Greenback. In fact, at the time this report was written, the commodity currency block, lead by the New Zealand Dollar, was the best performing group against the U.S. Dollar, and the Australian Dollar had climbed back above the 1.0200 handle. With British economic fundamentals rapidly deteriorating, it is of my belief that further quantitative easing measures employed by the Bank of England will prevent the Sterling from reaching its maximum potential against the U.S. Dollar, should there be a substantial recovery in risk-appetite amid a solution to the European debt crisis. 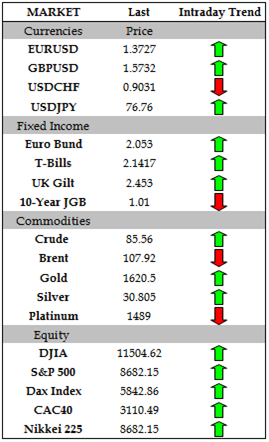 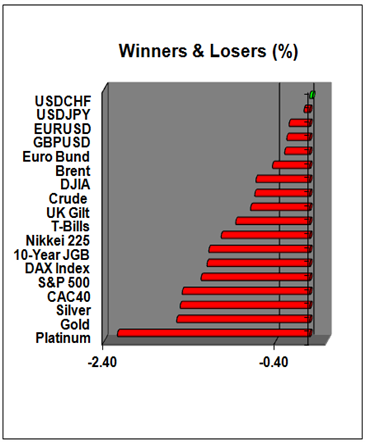 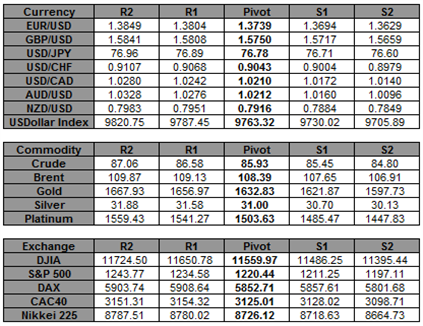