The U.S. Dollar was mixed across the board in premarket trade on Tuesday, with the world’s reserve currency posting gains against the Euro and the Swiss Franc while losing ground against the Australian Dollar and the Canadian Dollar. Data released during the Asian and European sessions offered a mixed view of global growth prospects, but for the most part, with the FX Carry Trade Index slightly higher, it appears market participants took the information received as constructive. Global growth concerns have been part of the reason that risk-correlated assets, such as global equity markets, have fallen sharply in the second half of the year; the other reason has been the Euro-zone debt crisis.

Accordingly, the Chinese third quarter growth print, despite slowing to its slowest pace since late 2009, remained above 9 percent, alleviating concerns of a ‘hard landing’ for the robust economy. Although the data disappointed, to an extent, the fact remains that industrial production in September expanded at a faster pace than previously expected, ultimately diminishing worries of what the ramifications of a slowing Chinese economy might be on emerging market economies, at least so far.

As the currency of one of China’s largest trading partners, the Australian Dollar found support on the better-than-expected industrial production data. At the time this report was written, the Aussie was the best performing major currency on Tuesday, up over 0.18 percent against the U.S. Dollar. The Aussie’s strength comes after a dovish Reserve Bank of Australia’s Board minutes, which noted that inflation has become “less concerning.” Typically, such a statement would weigh on rate expectations for the Aussie; this was not the case today.

In terms of how the Euro was performing in the overnight, the common currency was lower again after Moody’s Investor Service said that France’s top credit rating is under pressure. France’s ability to participate in any European bailout fund remains highly depend on the core country’s ability to maintain its top tier credit rating; likewise, the future economic stability of the Euro-zone very much lies within France’s ability to contribute to European bailouts. With Germany already stretched so thin – the German people are adamantly against bailing out indebted European nations – a collapse of the French credit rating would force Germany to contribute more, a scenario that would likely increase dissent within the country and threaten the current political regime. 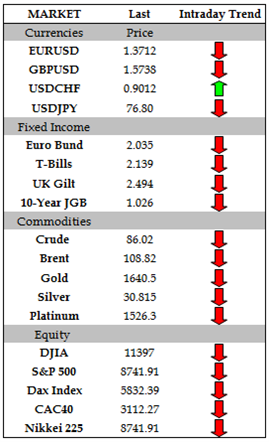 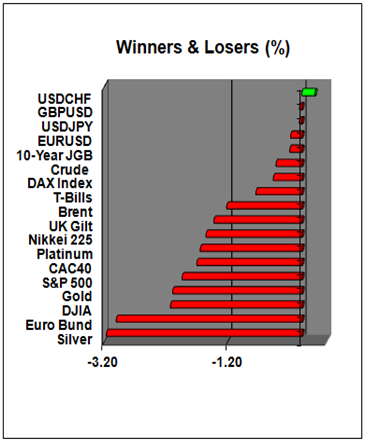 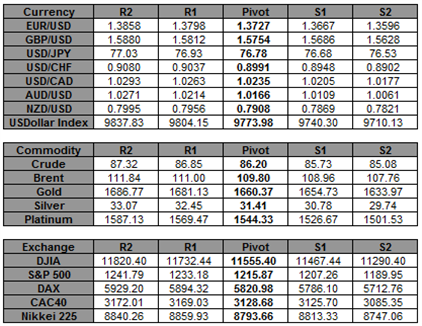