G-20 finance ministers met in Paris over the weekend, ahead of the October 23 Euro-zone and November 3 G-20 summits, in order to reach agreement on how to avoid a Greek default, recapitalize banks and contain contagion. However, the silver bullet markets were hoping to find in the form of some resolution to the Euro-zone debt crisis remained absent. European equity markets were lower through the first half of the trading day while U.S. equity market futures pointed lower ahead of the open of the trading week in New York on Monday.

While the details of the meetings from the weekend were kept relatively quiet, what little information that emerged was less-than-promising. Canadian Finance Minister Jim Flaherty noted that “the risk of a recession would be increased dramatically were the Europeans to fail to accomplish goals that they’ve set for themselves.” The harshest commentary came from the German leadership bloc, flagged by Chancellor Angela Merkel and Finance Minister Wolfgang Schäuble, whose position was of tempering the rampant optimism that has been priced into the markets the past week-plus.

Chancellor Merkel’s spokesman noted that while a “package” of measures would be agreed upon at the European Union summit in Brussels this weekend, but also said that “"the chancellor reminds [everyone] that the dreams that are emerging again, that on Monday everything will be resolved and everything will be over, will again not be fulfilled." This comes as the finance minister said he expects new measures to ease market jitters at the coming summit – including a 9 percent Tier-1 capital ratio for banks – but likewise warned that a permanent solution for Europe is unlikely to be revealed next weekend.

Overall, the commentary was viewed as exceptionally negative, with the Australian Dollar and the other commodity currencies, as well as the Euro, falling sharply from their highs earlier in the day against the safe havens. The U.S. Dollar was the second best performing currency on Monday thus far, just behind the Japanese Yen, and up over 0.80 percent against the Aussie and 0.6 percent against the Euro, at the time this report was written. Similarly, the Canadian Dollar had fallen from a three-week high against the U.S. Dollar on the notion that the threat of a recession may be rising once more if the Euro-zone summit fails to yield the results market participants are hoping for.

In terms of data ahead of North American trade, industrial production figures from September showed that manufacturers are indeed contributing to growth once more. Factory output increased by 0.2 percent, as expected according to a Bloomberg News survey, and remains the most important cog of industrial production in the United States, as it represents 75 percent of the headline figure. The figure falls in line with the recent expansion in the Institute of Supply Management’s gauge which showed that industrial production remained in an expansionary phase as recently as August. 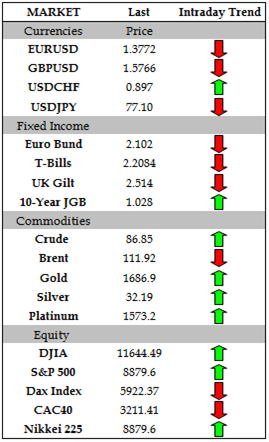 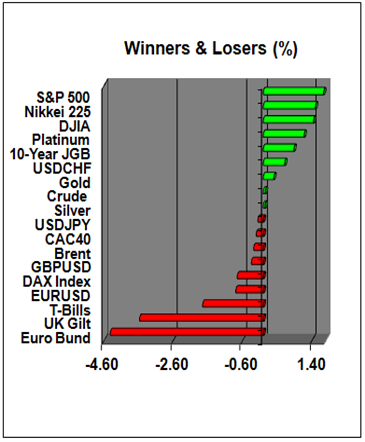 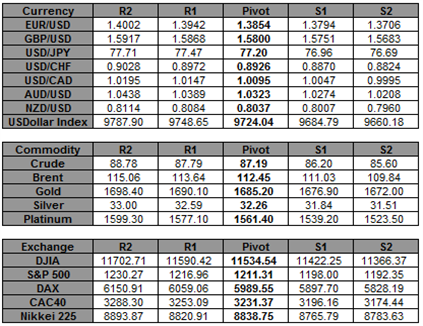