G-20 finance ministers are holding a two-day meeting, starting today, to discuss ways to help Europe overcome its sovereign debt crisis. The meeting among global finance officials in Paris has boosted optimism that a credible plan may be in the works, finally a sign that markets will have a clear indication of what is going on. Markets have been pricing in a Greek default over the past few weeks, with bond markets signaling a recession onset by a credit crunch, and equity markets and higher yielding currencies falling to multi-month lows.

At the time this report was written, the Aussie was up over 1.00 percent against the U.S. Dollar, with the other commodity currencies, the Canadian Dollar and the New Zealand, not far behind, at 0.7 percent gains or better. The Japanese Yen was the only currency trailing the U.S. Dollar, which comes as no surprise as the Yen has arguably seen more capital inflows due to the flight to safety during the late-Summer and early-Fall.

The major moves higher come as rating agencies continue to tighten the noose around countries and institutions that are have excess exposure to risk in the market. Over the past two-weeks, Italy, Spain and New Zealand have been downgraded on the sovereign level, while European banks, not just in the Euro-zone but in the United Kingdom as well, have been hit with lower ratings. Evidently, market participants are looking past the fact that an excessive amount of risk exposure is on the table and are instead hoping that central banks and governments have measures on deck to bailout increasingly insolvent and fiscally mismanaged nations.

Looking ahead for Friday, with the U. of Michigan confidence reading for October due, markets are pricing in another rebound in consumer sentiment. Consumer confidence in the United States is forecasted to improve slightly in October’s preliminary reading, after rebounding in September back to 59.4. September’s reading remained below the key 60.0 level, last having been above said level in July at 63.7. Nonetheless, the rebound in confidence may be short-lived, as increased market volatility has erased trillions of value off of equity markets, and further political divisions over how to reduce America’s expanding debt burden have arisen once more. 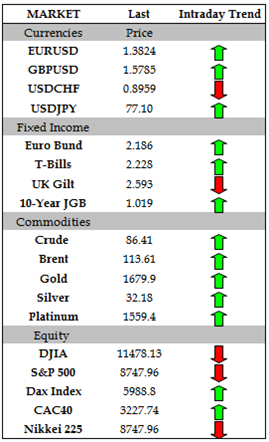 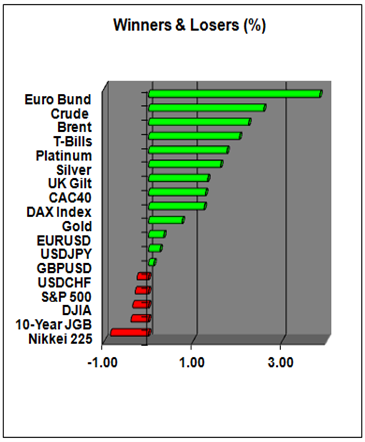 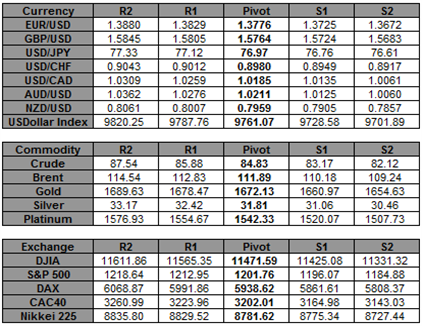