At first glance of the charts from the overnight, trading in Asia and Europe was a tale of two sessions. In the post-North American session and for the better part of trading in Tokyo, risk-correlated assets were lower across the board. In fact, the Australian Dollar was down over 100-pips from Tuesday’s close to half-way through trading in Asia. However, half-way through the European session, risk-correlated assets surged, with the Aussie, Canadian Dollar and New Zealand Dollar now up over 1.40 percent each against the Japanese Yen and U.S. Dollar, at the time this report was written.

What could have driven the rally? It seemingly stalled yesterday after the Slovak parliament voted down measures to expand the European Financial Stability Facility (which I believe is little more than a political bargaining move, and thus the EFSF bill should be passed shortly), and there was little substantive data or information that emerged to support such a move. Greece’s central-government deficit hit its 9-month shortfall target at €19.2 billion, in line with expectations. Additionally, Euro-zone industrial production data for August – 5.3 percent year-over-year versus 2.1 percent expected – cruised by estimates, but other data revealed signs of deflation in Europe and an eroding labor market in the United Kingdom.

While the Euro-zone industrial production Greek budget data was a surprise to the upside, it was commentary from two Euro-zone officials that propped up risk-correlated assets across the board. European Commission President Juan-Manuel Barroso announced that he would unveil a new plan later on Wednesday that would help calm fears, which would involve recapitalizing European banks and lowering Greece’s debt burden. Also, at approximately 09:00 GMT, Eurogroup Chairman Jean-Claude Juncker released his ten step proposal for solving the Euro-zone crisis. Among such measures he outlined were: release the next tranche to Greece; outline possible bank recapitalizations; regulate financial markets more closely; and create an economic government.

The supposed plans proposed by Mr. Barroso and Mr. Juncker have sent risk-correlated assets soaring the past few hours, although other news that emerged from the overnight session that paints a very dire picture that were seemingly ignored should be noted. How much further this rally can go remains questionable, especially considering the S&P 500, at the time this report was written, had rebounded 12.2 percent off its low last Tuesday. It is worth pointing out that the S&P 500 has risen on abysmal volume, with the 5-day correlation between the index’s level and volume now at -0.997. For what it’s worth, calling the figure a perfect -1.0 correlation, it suggests that if participation rate in the market accelerates, losses could be on the horizon.

There were also two other noteworthy pieces of information that came across the board that went under the radar which should be taken into account before positioning for further gains in the markets. First, the European Banking Authority has discussed plans to have banks maintain a Tier One capital ratio of 9.0 percent. With the rumored 60 percent Greek haircut and a 9.0 percent required ratio, 66 banks would fail another found of stress tests with a €238.4 billion shortfall. Considering European banks don’t mark-to-market their books, a 60 percent write-down on Greek debt would dry up liquidity and hamper lending.

Secondly, and similarly, the London Interbank Offered Rate, or LIBOR, the rate at which London-based banks say they can borrow for three-months, rose for a twenty-fourth consecutive day, to its highest level since August 2010. If the requirements for banks to borrow and lend continue to tighten, further measures will need to be introduced to help keep credit flowing. This is a distressing point considering central banks have already set up measures to drag down lending rates, an effect that has yet to materialize. 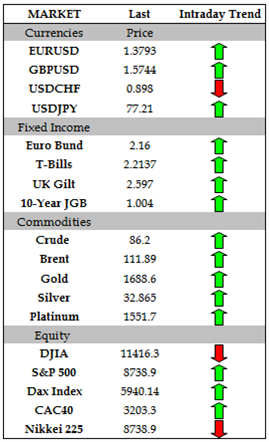 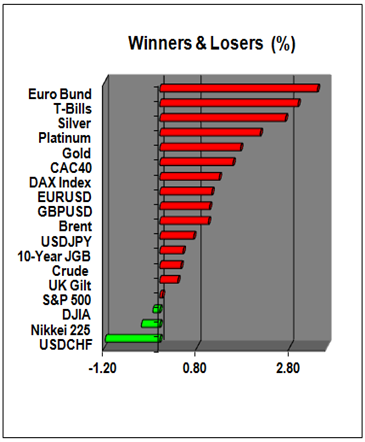 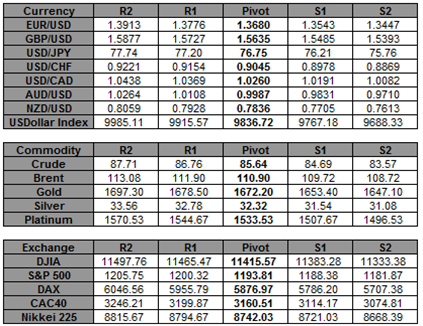