• No recession for U.S. as Forecasts Improve – Bloomberg

• Slovaks Divided on EFSF Ahead of Vote – WSJ

Despite a weekend marked by substantive negative news and speculative positive developments, market participants regained confidence and bid higher yielding assets higher ahead of trading in New York. Franco-Belgian bank Dexia approved a rescue plan set forth by the governments of Belgium, France and Luxembourg. The nationalization occurs after the bank’s short-term funding dried up amid concerns over the European sovereign debt crisis. The nationalization is an even greater concern for the long-term health of other European banking institutions considering that Dexia was rated among the most secure banks, according to the most recent round of stress tests.

Nonetheless, the more important development from over the weekend that market participants were factoring into their trading on Monday came after French and German leaders pledged further support for the Euro. German Chancellor Angela Merkel and French President Nicolas Sarkozy’s promise to deliver a plan to support banks via recapitalization as well as to continue to support Greece alleviated any concerns of a sharp downturn by equity markets or by the world’s most advanced economies in the near-term.

Given these developments – the nationalization of Dexia and further promises from Euro-zone leaders – risk-correlated assets found themselves bid higher ahead of North American trading. The Euro was among the best performing currencies, up over 200-pips off it is daily low against the U.S. Dollar. At the time this report was written, the EUR/USD had broken through the 1.3600 exchange rate after opening at 1.3388.

While the commodity currency block was also among the best performers, it should be noted that the Swiss Franc was the strongest currency among the majors against the U.S. Dollar in the overnight. The recent weakness across Franc-based pairs has made the currency an appealing buy, given its discounted price relative to other currencies. This comes despite a forecast from JPMorgan Chase & Co. which stated that they believe the Swiss National Bank will raise the EUR/CHF currency floor to 1.3000 from 1.2000, as the Franc remains overvalued. The floor at 1.2000 as been in place since the Swiss National Bank’s decision on September 6 to deter investors from using the Franc as a safe haven against European market worries. 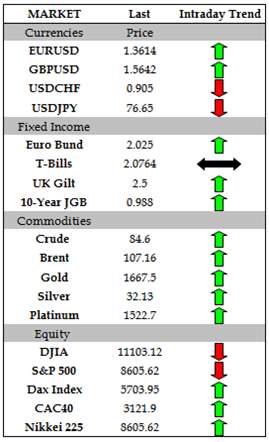 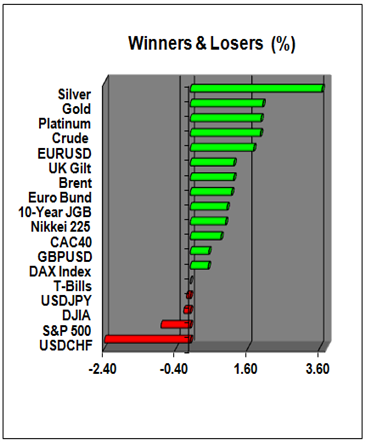 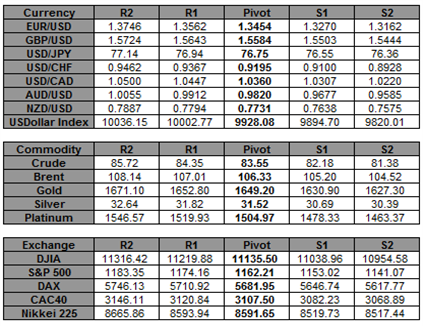