After choppy trading to begin the week, marked by wild swings, Thursday was supposed to provide some clarity. With two rate decisions on tap, both with potentially significant ramifications, the Asian and European sessions found trading slightly quieter than of recent, with equity markets nudging higher in hand with lower participation rates.

Typically, the Bank of England rate decision garners little attention from market participants: rates have been in a holding pattern for almost three-years, and very little serious discussion has been made to alter the central bank’s policy. This meeting, however expectations were different. It was widely expected going into the day that the Bank of England would keep rates on hold at 0.50 percent - they did – but the main question was of whether or not the Monetary Policy Committee would announce further easing measures. Certainly, the notion of further asset purchases weighed on the Sterling in recent weeks, with the British Pound being one of the worst performing currencies over the past six-weeks.

Accordingly, the Bank of England’s decision to inject further liquidity into the system in the form of expanded asset purchases was telegraphed well ahead of time. It was not expected, however, that the Monetary Policy Committee would introduce quantitative easing on the scale by which it did. Today, Governor Mervyn King raised the asset purchase program to £275 billion from £200 billion, a 33 percent increase over the forecasted £50 billion expected. The move caught market participants off guard, sending the GBP/USD down approximately 100-pips in a few minutes. Similar reactions were noted across other Pound-based pairs. While further easing should alleviate some concerns over potential liquidity shortages, the move should be a red flag that policymakers are preparing for the worst.

Although rates remained on hold, which if market participants were forecasting a cut should have boosted the Euro, it was President Trichet’s commentary that weighed on the region’s common currency during his final press conference. He noted that risks to economic growth remain on the “downside,” while noting that risks to inflation were “broadly balanced” – this comes after Euro-zone price pressures inflated to 3.0 percent in September, according to a data release last week. Nonetheless, a policy shift was absolutely an option, as President Trichet said that the Council discussed the possibility of cutting rates at the meeting.

In reaction to the news, the Euro fell almost immediately, as markets were seeking lower rates as a way to alleviate funding pressures on the periphery countries facing unmanageable debt burdens. Pundits have pointed towards the recently elevated rates as a reason why Greece has had trouble in the bond market, as well as a reason why Italy and Spain may soon see their debt go stale as it is deemed undesirable by investors.

In the place of a rate cut at this meeting, the European Central Bank announced that it would resume its covered-bond purchases and reintroduce year-long loans for banks, as a way to free up liquidity. The decision has various catalysts. First, and primarily, no rate cut was made as it was President Trichet’s last meeting; the cut would have tarnished his legacy, a ‘mea culpa’ for raising rates earlier this year. Likewise, a rate cut might have been a white flag of sorts: acknowledging the strains on the market and the necessity for lower rates could scare investors.

Secondly, it’s clear the European Central bank believes bond buying does in fact calm market jitters. Buying covered-bonds is essential for keeping sentiment stable, as the €2.5 trillion market for covered-bonds – assets back by mortgages or public-sector loans – is the foundation of Europe’s real estate lending. Another liquidity crisis onset by a Greek default would destroy the market, just as what happened when Lehman Brothers Holdings Inc. collapsed in September 2008.

Going forward, markets are likely to find some calm now that the Bank of England has expanded its purchases, but an additional £75 billion will do much beyond securing the liquidity of various British financial institutions. Instead, the European Central Bank’s bond buying program will be the main tool to soothe investor sentiment and ease fears of a stale debt market for Italy and Spain. Now, the biggest concern will be the question of stagflation for the Euro-zone and the United Kingdom: with growth slowing, inflation swelling and labor market conditions not improving, will Europe’s two biggest central banks adhere to a loose monetary policy to spur growth or keep rates on hold in hopes that inflation doesn’t push much higher? 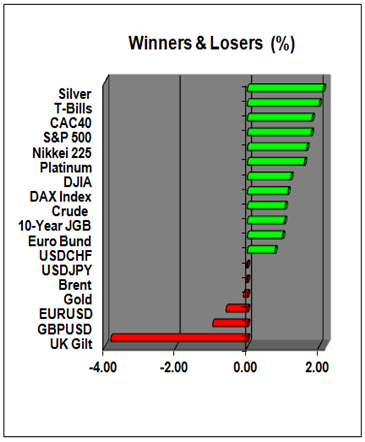 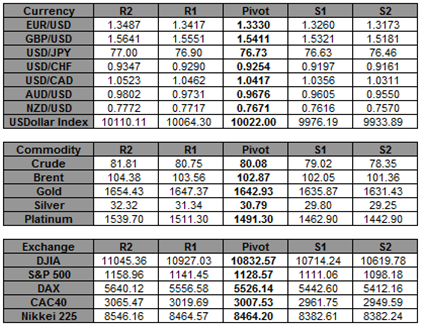