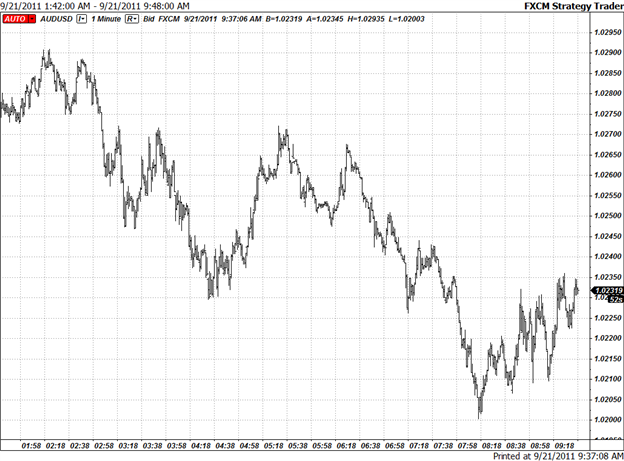 Asian markets were little changed while European equity markets were coming off of session-lows ahead of what could amount to be an extremely volatile North American trading session. Headed into the equity markets opening in New York, investors dumped risky assets in favor of safer yields. It appears that market participants are starting to ready themselves for a disappointing afternoon when the Federal Open Market Committee announces whether or not they will embark on new policies to prop up a rapidly declining American economy.

In terms of how the currency markets were reacting, risk had already tailed off ahead of equity markets, with the commodity currency block among the biggest losers on the day. In fact, save the Swiss Franc, which has been subject to exceptionally sharp depreciations due to rumors of the Swiss National Bank raising the Euro-Franc currency floor from 1.20 to 1.25, the safe haven block was the best performing group on Tuesday. 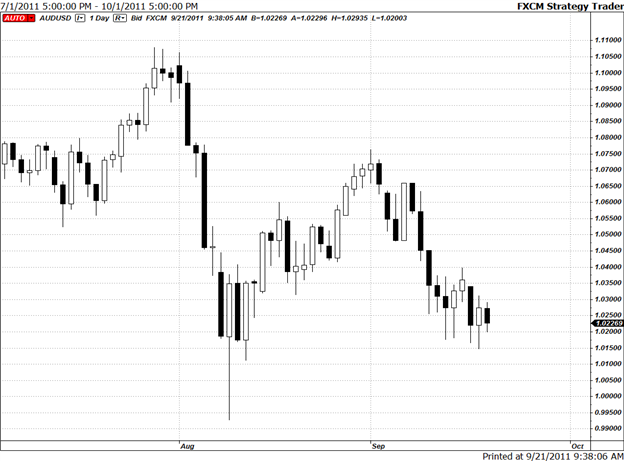 The overall signal that currency markets are sending is clear: risk-aversion is firmly in place, and demand for safer assets, typically the U.S. Dollar and the Yen, will rise in coming weeks. The Aussie and the Kiwi are trading near their respective exchange rates at the start of the second week of August, when global equity markets fell significantly. 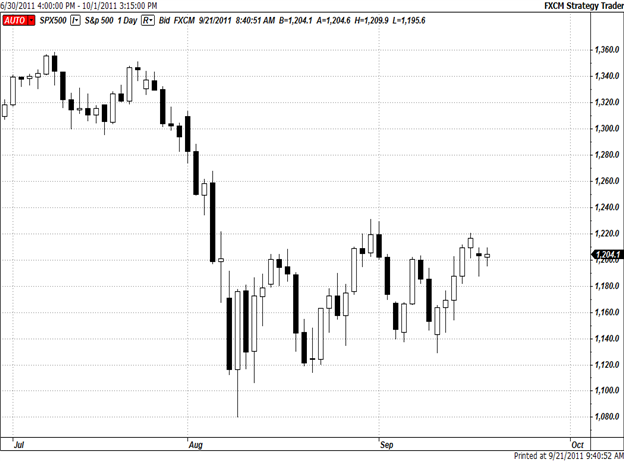 Equity markets, on the other hand, are not near their August bottoms. While it’s plausible that currencies could correct to realign with their long-term correlations with equity markets, bond markets suggest that equity markets are due for the correction lower, not currencies higher. This is a trend that will be monitored in the days after today’s FOMC meeting.

With the Federal Open Market Committee policy meeting ending today, a watershed moment for the U.S. Dollar is looming. At the Jackson Hole Economic Policy Symposium, Chairman Bernanke said that further policy options would be discussed at the meeting, and markets are anticipating further intervention. Policymakers have been quiet ahead of the meeting, and markets have reacted accordingly: equity indexes have floated higher on lower volume, and any spurt of bad news triggers losses followed by gains on speculation that a deteriorating economic climate supports further easing.

There has also been talk that the Federal Reserve will change the composition of its balance sheet, with the procedure dubbed “Operation Twist.” While it’s hard to determine what the new composition of assets would be, but the likely outcome is that the Federal Reserve moves into medium duration bonds. Such a decision would be predicated on the idea that the yield curve could be artificially flattened. Studies suggest that a flatter yield curve could boost capital inflows into the United States and boost the value of the U.S. Dollar (though the “Twist” is unlikely to cure labor market ailments). Of course, the Federal Reserve could simply announce that it will buy another $600 billion worth of assets. However, given the recent backlash from politicians and the public alike, such a policy is minute at best, in my opinion. 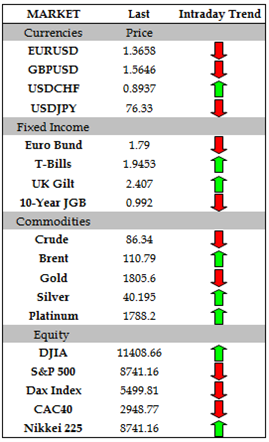 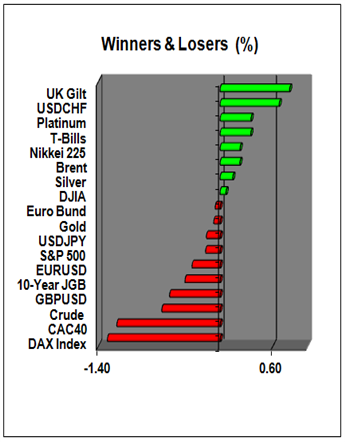 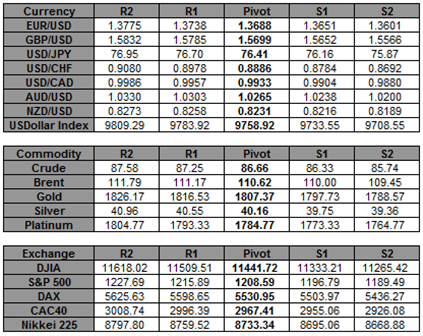