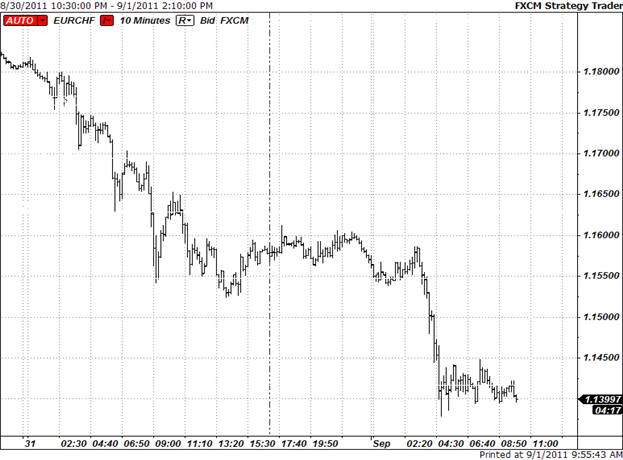 The Asian and European sessions saw some interesting developments and perhaps a marked shift in the near-term structure of the currency markets following Thursday’s price action. While the Euro was the biggest loser on the day thus far, the Swiss Franc continued to surge ahead of the pack, taking back over 2 percent at least against the major currencies, while surging over 3 percent against the British Pound and the Euro the past two days.

As this shift has begun, with risk unwinding and the Swiss Franc gaining favor once more as a safe haven asset after it became clear that Swiss policymakers don’t expect the Swiss National Bank to be able tohold a peg if one were enacted in the future, a perfect storm against the Euro has materialized. Disappointing data released in the overnight session showed that European manufacturing slowed to its weakest reading in two years, and had begun a cycle of contraction. On a similar note, the aggregate Swiss growth figure for the second quarter fell in line with market expectations at 0.4 percent, showing that a stronger Franc hasn’t weighed on growth too much thus far.

Additional news out of Europe ahead of the North American session demonstrates that, at least on a fundamental level, that the Euro-zone is facing increased risks due to infighting among member states, as officials announced that Dutch, Finnish and German finance ministers would meet on September 6 to discuss the Greek bailout, as well as the broader Euro-zone debt crisis. Finland has demanded collateral in exchange for Greek bailout funds, a serious enough demand that it has been floated that Greece would nationalize their banks, and use said banks’ equity as collateral. The Finnish demand for collateral has triggered similar demands from Austria and the Netherlands, a move that could derail the second Greek bailout.

In terms of data ahead of the North American trading session, applications for unemployment benefits in the United States fell last week by 12K, although the labor market remains mired in a slump that hasn’t been abated since growth resumed. Overall, claims fell to 409K, but remains above where it was three weeks earlier.

Tomorrow, the nonfarm payrolls report, the United States’ reading of the labor market, will be released. Given recent data releases, there is a chance that the actual figure prints well-below market expectations of 70K jobs added in August. 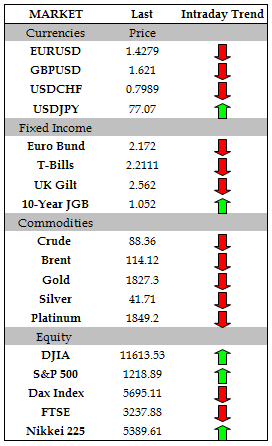 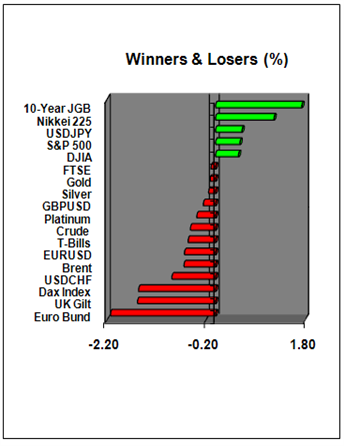 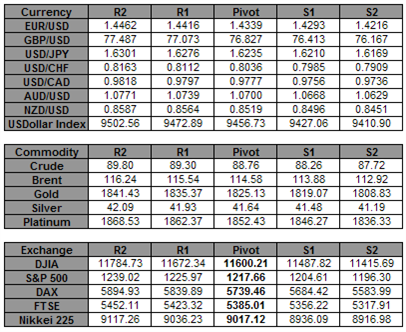