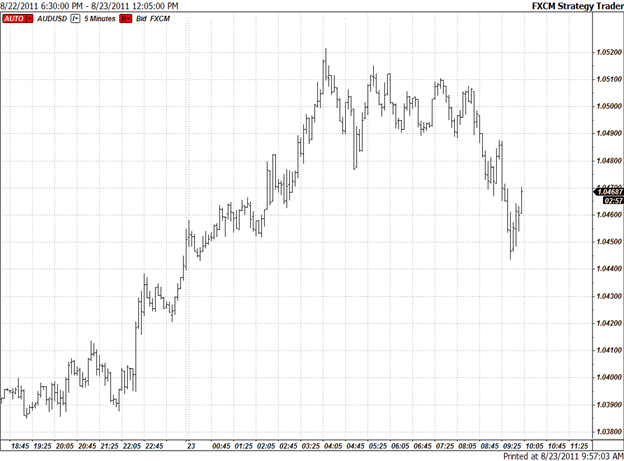 The commodity currencies were the strongest performing majors against the U.S. Dollar in the Asian and European sessions as market participants continued to bid the ‘risky’ assets higher on speculation that the Federal Reserve will hint at some form of further easing – be it another round of quantitative easing, or perhaps sterilized bond purchases, similar to the European Central Bank – in order to spur what has been sputtering growth.

Following Chinese data in the overnight which showed that the Asian titan’s manufacturing sector contracted at a slower pace than previously expected in August, the Australian Dollar and New Zealand Dollar were boosted as market participants’ fears that global growth was slowing was temporarily lifted. The gains in the overnight boosted the Aussie for the third consecutive day, making it the best performing currency since last Thursday.

Risky assets have taken quite the drumming over the past few weeks, with global equity markets erasing over $8 trillion from companies’ market value on concerns over the European sovereign debt crisis as well as the downgrade of the United States, according to Bloomberg News. While the S&P 500 is down over 12 percent in the month of August alone, the commodity currency block is faring slightly better, with the New Zealand Dollar posting the greatest depreciation, down 5.56 percent month-to-date. 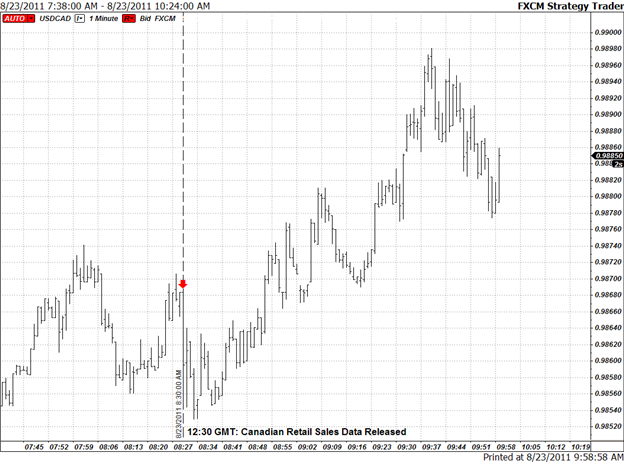 In terms of data ahead of the North American trading session, Canadian retail sales figures for June provided a mix view of the economy, as the print was both positive and negative, in terms of outlook. While retail sales expanded by 0.7 percent in June, falling in line with expectations and beating the revised 0.3 percent figure from May, the less volatile retail sales less autos figure showed a 0.1 percent contraction, down from 0.6 percent in May. Thus, while consumer spending was higher, as short-term Canadian interest rates remain near all-time lows, which prompted consumers to buy ‘higher ticket’ items such as automobiles, the long-term sustainability of such consumption numbers are in question.

The Canadian Dollar was boosted, if only temporarily, by the data, with the USD/CAD trading approximately 15-pips lower following the news release. However, as U.S. equity market futures took a turn down, the USD/CAD retraced its losses in favor of Greenback strength; the Canadian Dollar has a +0.90 significant correlation with the S&P 500.

Thus far on the day, the Dow Jones FXCM Dollar index traded lower, as risk appetite ticked higher in the overnight. At the time this report was written, the index was trading at 9453.72, well below the session open at 9493.29, but supported off of the session low at 9408.86. 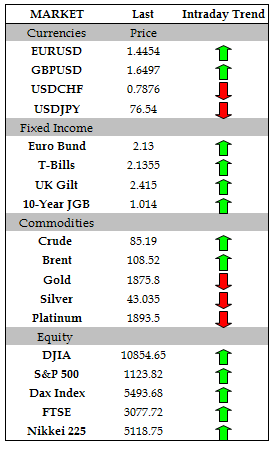 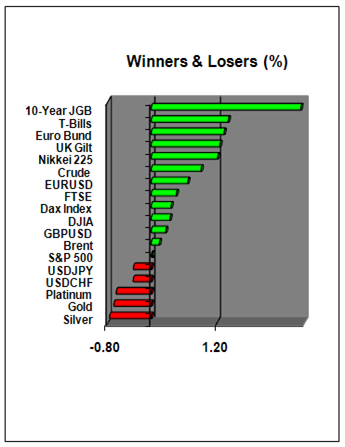 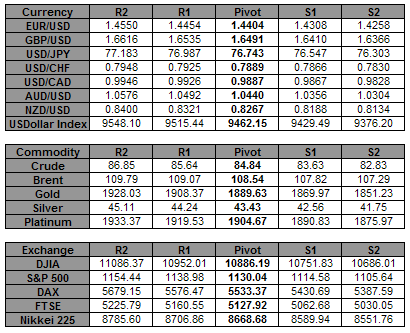