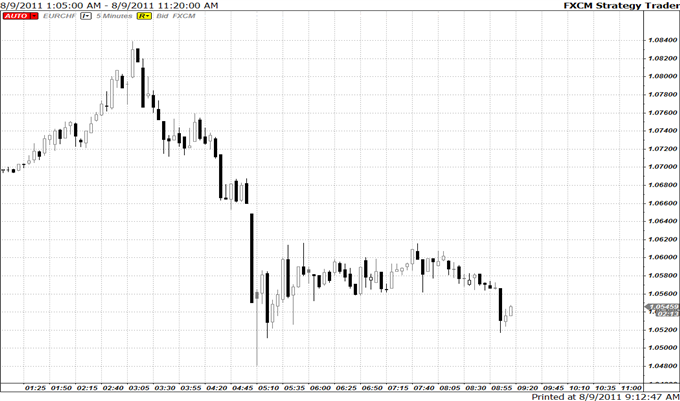 The Swiss Franc appreciated to fresh record highs against the Euro and the U.S. Dollar in the Asian and European sessions as concerns over the health of the global economy continue to plague investors, increasing market participants’ demand for safer assets. The USD/CHF set an all-time low exchange rate for the third consecutive day at 0.7369, but has since retraced part of the move, trading back above 0.7400 at the time this report was written. Similarly, the EUR/CHF set a fresh new low for the tenth consecutive trading session at 1.0481, but has also since retraced the move, trading back above 1.0540.

The Franc continues appreciate across the major currencies, despite efforts by the Swiss National Bank to stem the currency’s advance. On August 3, the central bank lowered its key benchmark rate to “as close to zero as possible,” while simultaneously increasing the supply of Francs to the market. On August 5, Swiss National Bank President Philip Hildebrand stated that policymakers are “willing to take further measures if those are necessary” in order to weaken the Swiss Franc. He further stated, “At some point, an overvaluation becomes absurd and that is already the case the Swiss Franc today.”

Optimism over the state of the economy remains tempered, despite rallies across Asian and European equity markets. In the overnight, the Australian Dollar hit parity against the U.S. Dollar despite trading over 1000-pips higher just last Monday. Similarly, the NZD/USD fell through both the July and June lows, at 0.8110 and 0.7971, respectively. The pair is sitting roughly 200-pips off of its Tuesday lows, at the time this report was written. 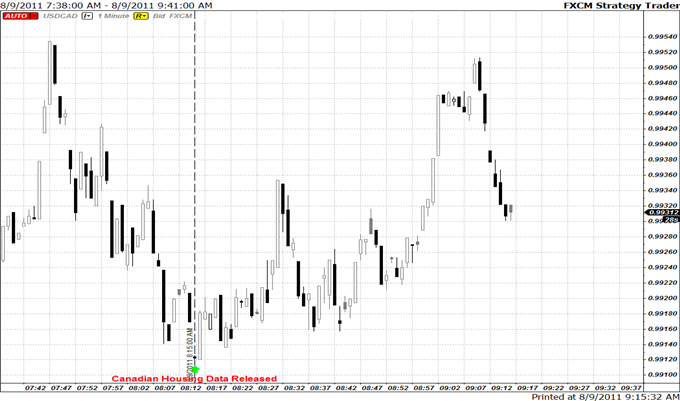 In data ahead of the North American session open, housing starts figures from July showed that the Canadian housing sector remains resilient as borrowing costs remain near historic lows. The gains marked the fastest pace in 15 months, as 205.1K units began construction, easily beating the 194.5K forecast, according to a Bloomberg News survey. The figure from June was revised up to 196.0K.

The Canadian housing sector has been steadily improving since mid-2009, as loose monetary policy has enabled easy lending conditions for borrowers, sending buyers into a market Bank of Canada Governor Mark Carney conversely called “severely unaffordable” on June 15. That being said, with lending conditions forecasted to remain loose for some time, the housing sector is likely to continue to show signs of modest improvement going forward.

Thus far, on the day, the Dow Jones FXCM Dollar Index was trading slightly lower, down from the open at 9642.83 to 9610.20, at the time this report was written. The index is displaying a Spinning Top pattern on its daily candlestick, with the high at 9682.45 and the low at 9572.53. Generally speaking, such price action suggests indecision among market participants, as both buyers and sellers dominated parts of the trading day. 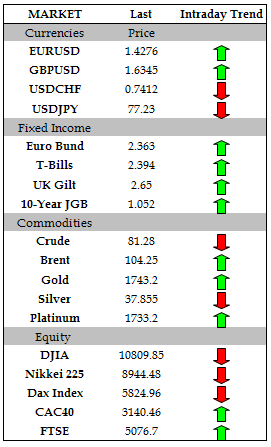 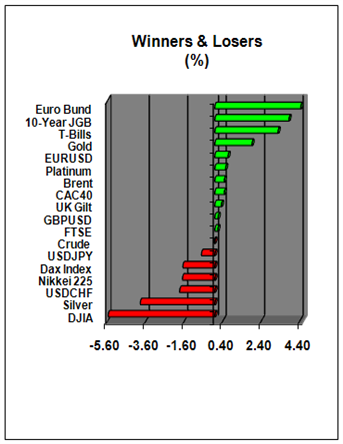