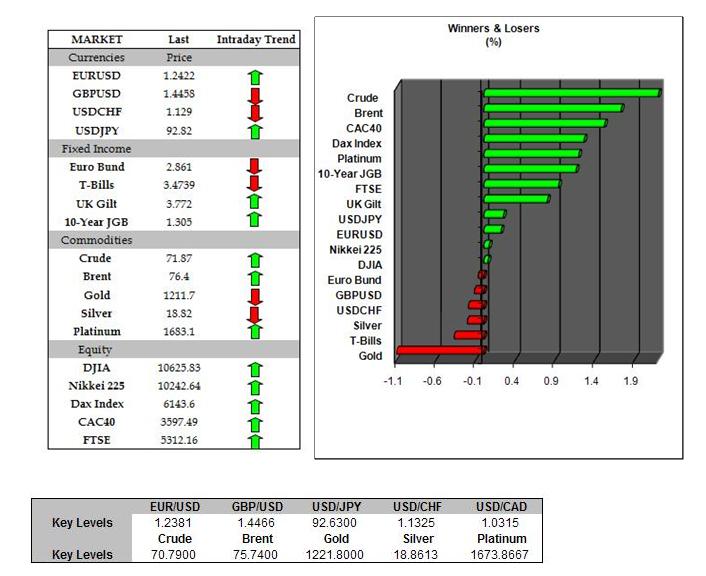 
EUR/USD – European inflation accelerated to a 16-month high, while exports jumped the most in more than a year as the euro-area strengthens. Consumer prices in the region rose 0.5% in April after climbing 0.9 percent the previous month, and exceeded economists’ expectations of 0.4 percent. At the same time, the euro-zone core inflation reading jumped 0.8 percent, which was in line with forecasts. Additionally, exports rose a seasonally adjusted 7.5 percent in March from the previous month to mark the largest increase since January 2008 on the back of a deteriorating  euro. Across the news wire, the European Union  announced that it transferred the first installment of emergency loans to Greece, permitting the country to pay back 8.5 billion euro’s of bonds which are due tomorrow in order to avoid default.  Looking ahead, the ECB forecasted that the economy will expand 0.8 percent this year and 1.5 percent in 2011, and policy makers expect inflation to average around 1.2 percent in 2010. Nevertheless, yesterday, ECB’s council member Ewald Nowotny said “the ECB is in full control of the monetary developments,” and investors are weighing in a zero percent chance that the central bank will raise rates twenty five basis points at its next rate decision meeting on June 10th as the euro zone aims to overcome contagion of Greece’s debt crisis. To discuss this and other topics, please visit the EUR/USD forum.


GBP/USD – Inflation in the U.K. rose to the highest in 17 months in April, and the reading was downplayed by Bank of England Governor Mervyn King as he said that the surge is “temporary” and masks slack in the British economy. Consumer prices accelerated to 3.7 percent in April from 3.4 the previous month, the National Statistics said today in London. In turn, Mr. King wrote a public letter of explanation to Chancellor of Exchequer George Osborne, and said that there is “substantial” spare capacity in the economy, though policy makers are “very conscious” of price risks. At the same time, Governor King announced that “we stand ready either to expand or reduce the extent of monetary stimulus as needed.” It is also noteworthy that at its May 12th inflation report, the central bank said that “further adjustment to the lower level of sterling or increases in commodity prices as a result of strong global demand, might cause inflation to remain above target for longer.” Nonetheless, the British pound may continue to trade in line with global equity market as investors wait for a clear reading of the fiscal landscape. To discuss this and other topics, please visit the EUR/USD forum.