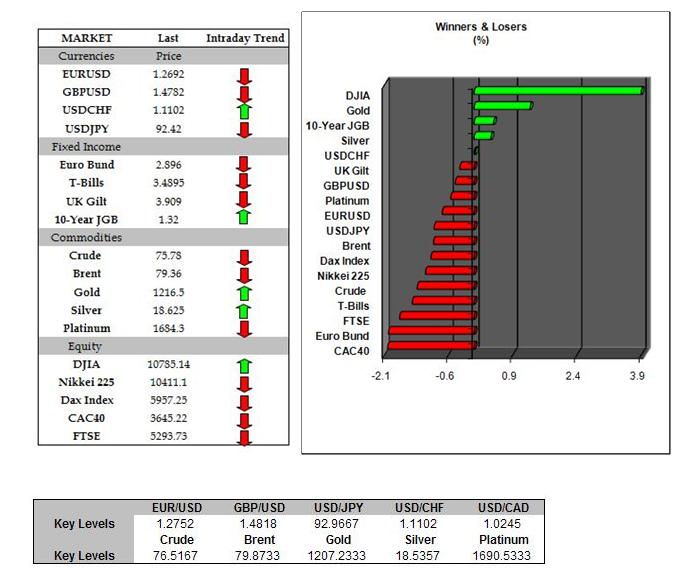 
EUR/USD –The final reading for the annualized gross domestic product in Germany advanced 1.0%  in April, which was in line with expectations, while the wholesale price jumped 1.7% from 1.3% in March, exceeding economists’ forecasts of 0.9%. Meanwhile,  Former European Union competition commissioner, Mario Monti said there are “Big efforts” to avoid any state from leaving the euro zone, and went onto add that the crisis shows “insufficient” budget discipline.   Following yesterday’s announcement of an EU lifeline which near $1trillion, the euro has pushed lower against all major currencies today amid speculation that the plan will not be enough to prevent the boiling debt crisis in the euro area. Nevertheless, a Greek finance ministry official stated that the country will formally submit request for aid, with the first aid tranche to cover May, June financing needs. The first payment will total 14.5 billion euro’s, with the IMF contributing 5.5 billion euro’s, said the official who declined to be named. Looking ahead, the single currency may continue its southern journey if indeed Moody’s downgrades Greece in four weeks as recently warned earlier this week. To discuss and other topics, please visit the EUR/USD forum.


GBP/USD – Manufacturing in the U.K. advanced to its highest level since 2002 in March as the weakness in the pound stoked exports from metals to cars. Factory production soared 2.3% after climbing a revised 1.4% the previous month to exceed expectations by more than five times, the office for National Statistics said today in London. Taking a look at the breakdown of the report, twelve out of the thirteen categories pushed higher, with basic metals and metal products leading the way. Indeed, the pound has been recently weighed by a hung parliament which has now extended into a fifth day as political parties struggle to form a coalition. At the same time, the sovereign debt crisis in the Euro-zone is placing Britain’s debt to GDP which is nearing 12% in the spotlight. Going forward, investors are likely to keep a close watch out for the region’s quarterly inflation report which is expected to be released tomorrow at 9:30 GMT, following the BOE’s decision to keep its asset purchase target at 200B and maintain its key overnight lending rate at 0.50% yesterday. To discuss and other topics, please visit the EUR/USD forum.