In this series we scale-back and take a look at the broader technical picture to gain a bit more perspective on where we are in trend. The Australian dollar has continued to trade within a well-defined range just above a critical support zone heading into the August open with major event risk on the horizon. Here are the key targets & invalidation levels that matter on the AUD/USD weekly chart. 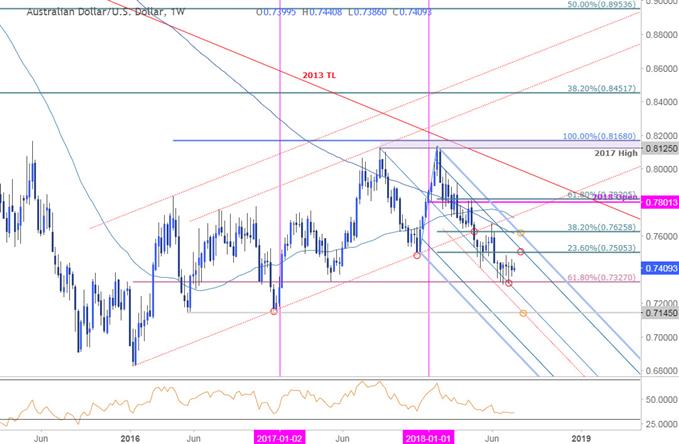 Notes: In my previous AUD/USD Weekly Technical Perspective we highlighted that price was testing, “key support at 7327- a level defined by the 61.8% retracement of the 2016 advance and the May 2017 swing lows.” Nearly a month later and Aussie has continued to hold just above this critical support barrier with price respecting the confines of the July opening range.

Heading into the start of August trade, the focus remains on this key support barrier with initial weekly resistance eyed at 7501/05 where the December lows and the 23.6% retracement of the 2018 range converge on the 75% line of the descending pitchfork formation extending off the 2017 highs. Note that weekly RSI has flattened right at the lows registered in January / December of 2016 and further highlights the near-term threat to the broader downtrend here.

Bottom line: Aussie has rebounded off downtrend support and leaves the broader short-bias vulnerable while above 7327. From a trading standpoint, we’re looking for a break of the 7327-7505 range for further guidance. I’ll continue to favor the long-side while within this range but ultimately a breach above 7500 would be needed to suggest a more significant low is in place with such a scenario targeting 7615/26.

A downside break of this key support zone would invalidate the rebound idea and exposes subsequent support targets at the lower parallels / 2016 swing lows around ~7145. Keep in mind it’s the first trading day of the month with the FOMC rate decision, Australia trade balance figures, and US Non-Farm Payrolls (NFP) still on tap – tread lightly. I’ll publish an updated AUD/USD scalp report once we get further clarity on near-term price action. 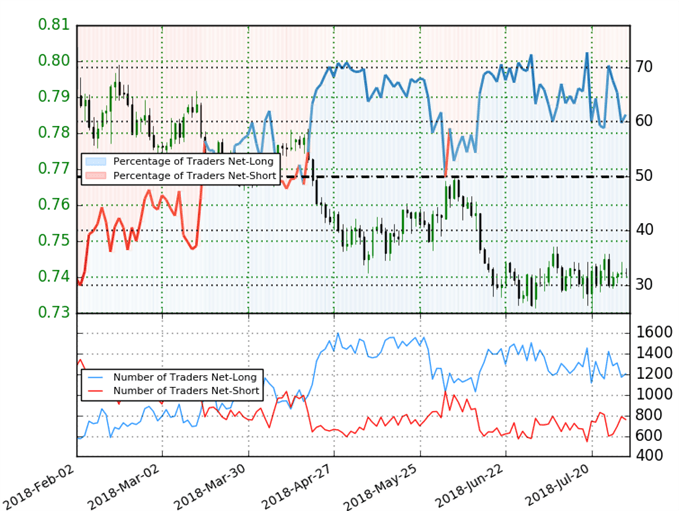 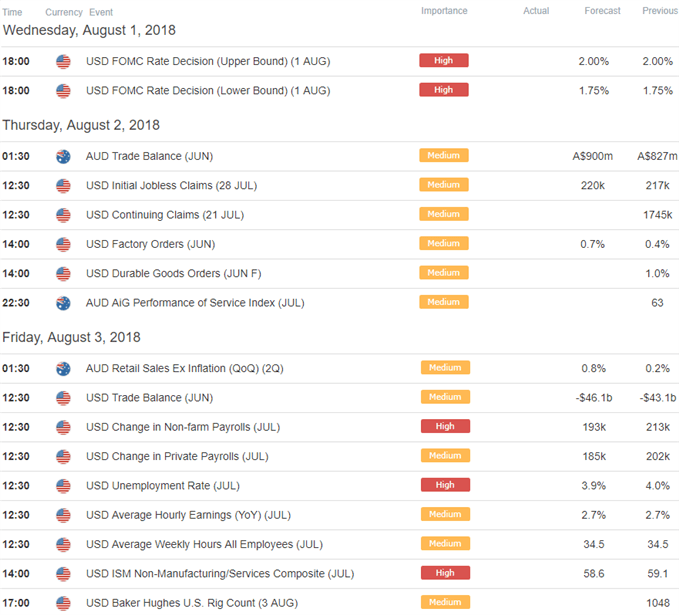