In this series we scale-back and take a look at the broader technical picture to gain a bit more perspective on where we are in trend. Here are the key levels that matter on the weekly charts for the EUR/USD, AUD/USD and GBP/JPY. Review this week’s Strategy Webinar for an in-depth breakdown of these setups and more. 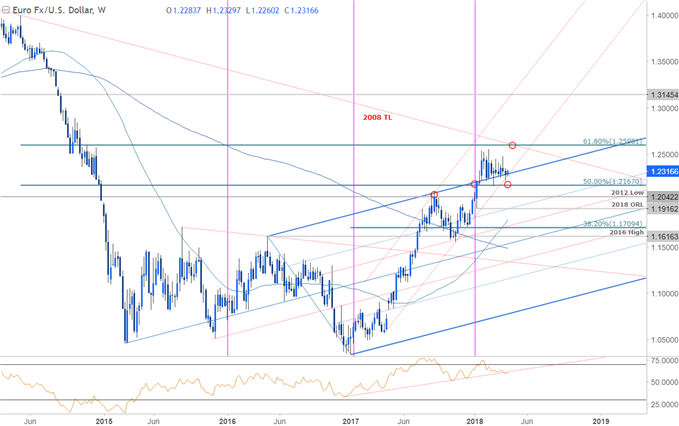 Notes: Euro has continued to consolidate above former slope resistance (blue) of the broader ascending pitchfork formation we’ve been tracking since 2016. Channel support extending off the April 2017 low also converges on this zone and further highlights the significance of this region this week. Note that weekly RSI closed below a three-point support trigger last week and casts a bearish stance on the momentum profile. Key resistance remains at 1.2598 where the 61.8% retracement of the 2014 decline converges on basic trendline resistance extending off the 2008 high. 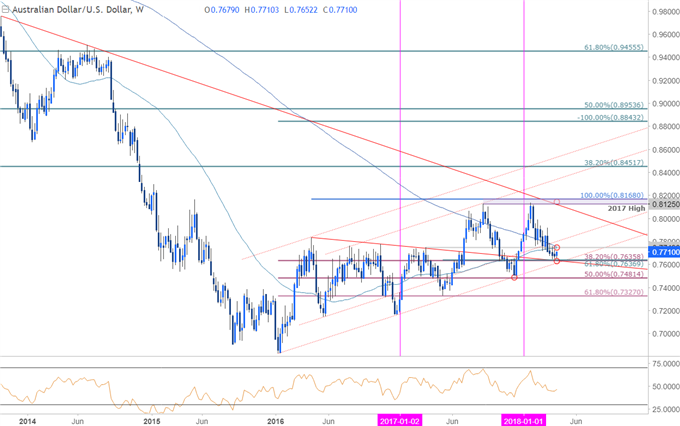 Notes: It’s all about this key support barrier this week for Aussie and our outlook / levels remain unchanged- “The Australian Dollar has approached a long-term support confluence we’ve been tracking since the start of the year at 7612/37. This region represents a critical inflection point for price and IF broken would risk a substantial sell-off in the Aussie. That said, we’re looking for signs of support this week with a breach above confluence resistance at 7750 needed to alleviate further downside pressure.” It’s make-or-break this week.

Bottom line: “The immediate short-bias is at risk heading into 7612/37 and from a trading standpoint I’ll be looking for evidence of a near-term low in this range. A break lower would keep the focus on subsequent support targets at 7481 and the 61.8% retracement of the 2016 advance at 7327.” 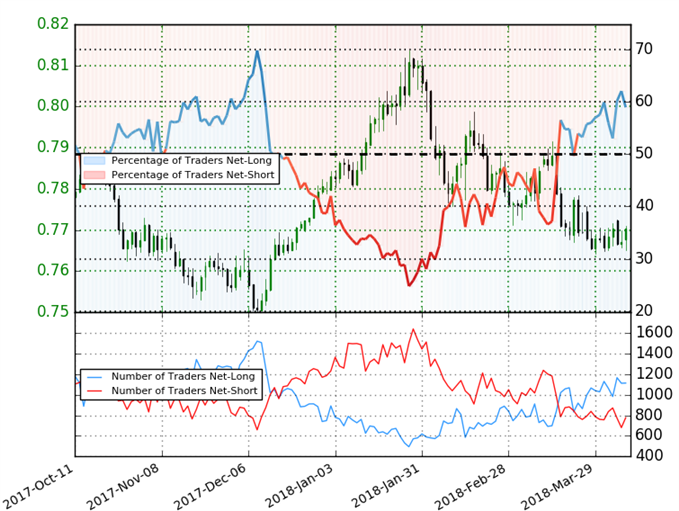 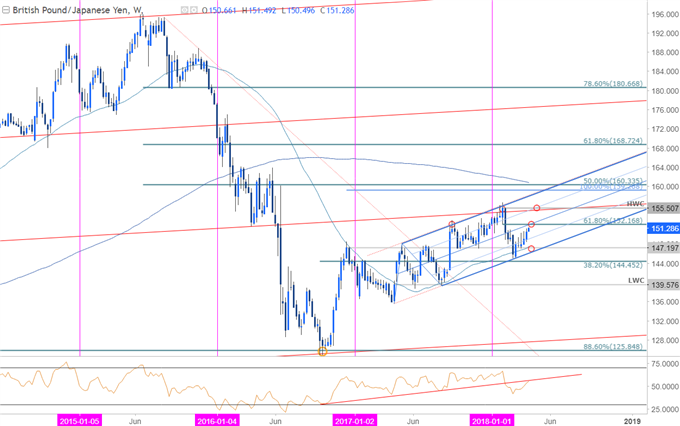 Notes: GBP/JPY has been trading within the confines of a well-defined ascending pitchfork formation extending off the 2017 low. The rebound off the lower parallel is now eyeing confluence resistance at 152.17 where the 61.8% retracement of the yearly range converges on the median-line. Interim support rests with the 50-line with bullish invalidation set to 147.00/50- a region defined by the lower parallel, the 52-week moving average and the December 2016 high-week reversal close (are of interest for possible long-entries).

Bottom line: The immediate long-bias is at risk heading into 152.17- we’ll be on the lookout for a near-term exhaustion high IF reached. A breach above keeps the uptrend in play with such a scenario targeting confluence resistance at the high-week close at 155.50.