The Swiss Franc has been under pressure since early February with USD/CHF climbing to two-month highs ahead of yesterday’s FOMC interest rate decision. The subsequent reversal has broken below the weekly opening-range lows and we’re looking for a break of near-term uptrend support to suggest that a more significant exhaustion high may be in place. 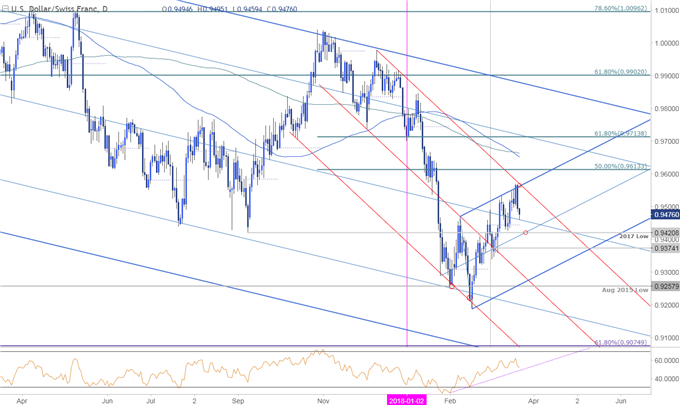 Technical Outlook: USD/CHF has been trading within the confines of a broad descending pitchfork formation extending off the 2015 & 2017 highs with an embedded channel formation off the December highs (red) continuing to govern price action. The pair turned just ahead of channel resistance this week with the pullback now testing support at the median-line of the broader structure. Note that daily RSI failed to breach above the 60-threshold with a pending support trigger now in view. 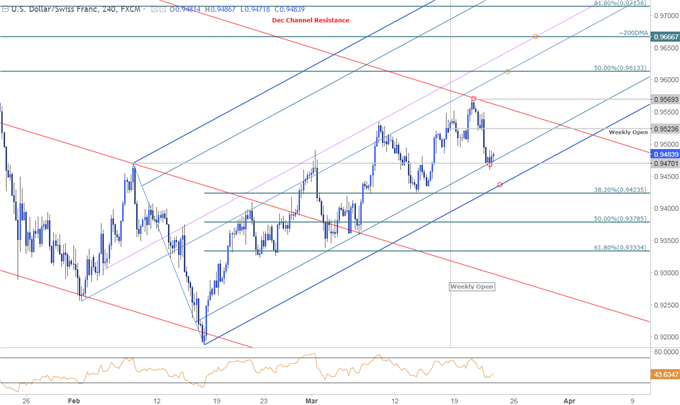 Notes: A closer look at Swissie price action shows the pair trading within a near-term ascending pitchfork formation extending off the February lows with price now testing the confluence of the 61.8% line and the February highs at 9470. Look for initial resistance at the weekly open at 9524 with our bearish invalidation level set to the weekly high at 9569. The lower parallel rests with the Monthly open at 9445 and a break below this level is needed to fuel the next leg lower targeting 9424, 9378 and 9333.

Bottom line: The broader advance off the February low is at risk near-term while below basic channel resistance. From a trading standpoint, I’ll favor selling rallies while below the weekly open with a break below this formation needed to validate the reversal. Look for a resistance hold at 60 in intraday RSI with a break sub-40 to offer further conviction on a shift in the momentum profile. 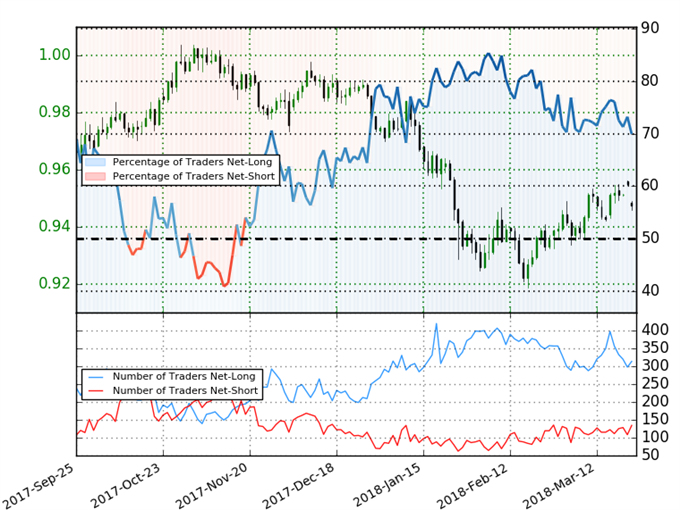