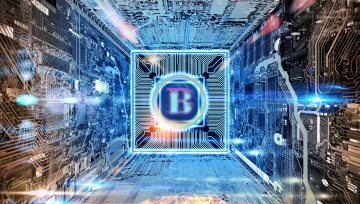 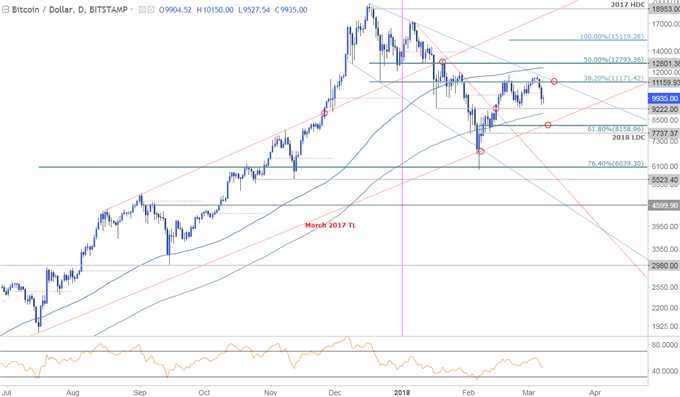 Prices attempted to break the topside of the range early in the month before reversing back below the monthly open at 10315 (note the Daily RSI reversal again at 60).The risk remains lower while below 11171 with basic trendline resistance extending off the record highs further highlighting this region. Interim support remains steady at 9222 with a break lower targeting the 200-day moving average at ~8915 and 8159 where the 61.8% retracement converges on the March 2017 trendline support. 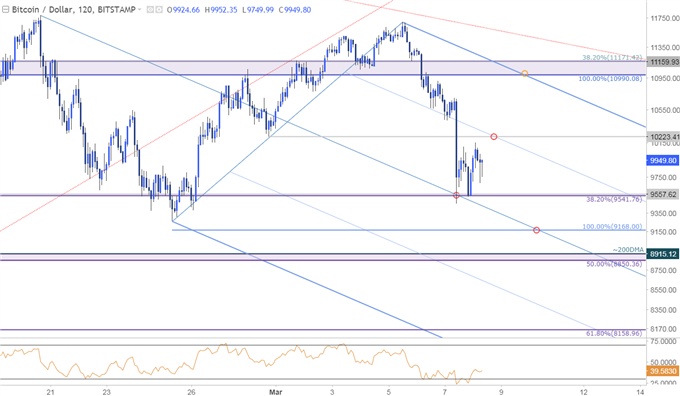 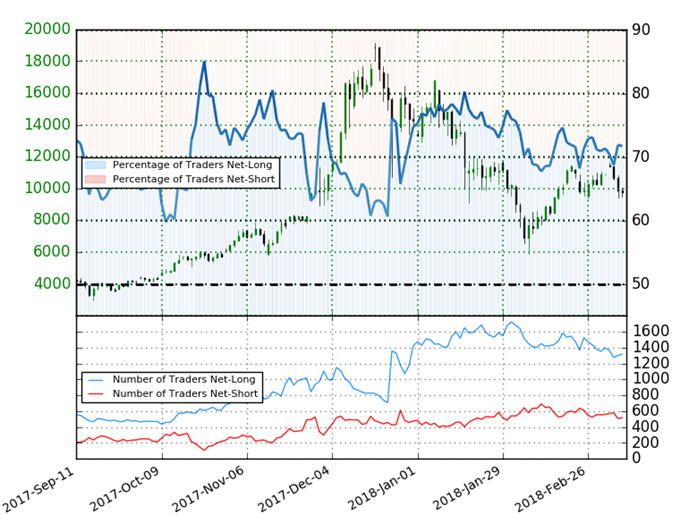