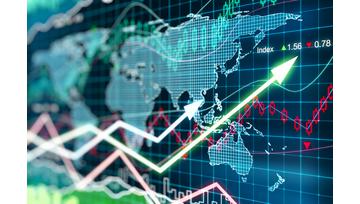 In this series we scale-back and take a look at the broader technical picture to gain a bit more perspective on where we are in trend. We looked at a few of these charts in this week’s Strategy Webinar and heading into key event risk later this week, here are the key levels to consider. 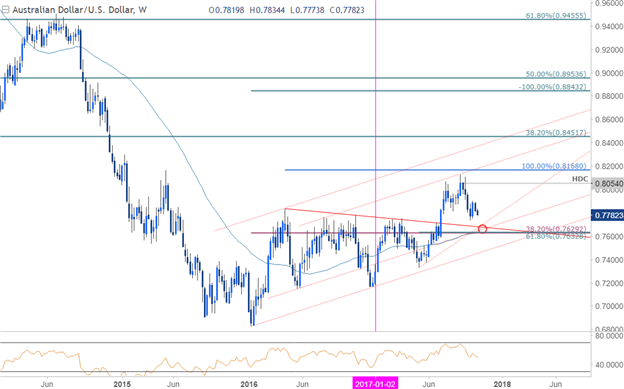 Notes: The broader outlook for Aussie remains unchanged heading into tonight’s Australian CPI release with the focus still on key confluence support at 7630/65- a region defined by the 38.2% retracement of the 2016 advance, the 61.8% retracement of the May advance and the 52-week moving average. Note that this region converges on former trendline resistance (2016) and current slope support off the May lows.

Bottom line: The immediate risk remains lower but the broader outlook remains constructive while above this key mark. Interim resistance at the yearly high-day close at 8054 backed by 8168- a breach there would be needed to fuel the next leg higher in AUDUSD. 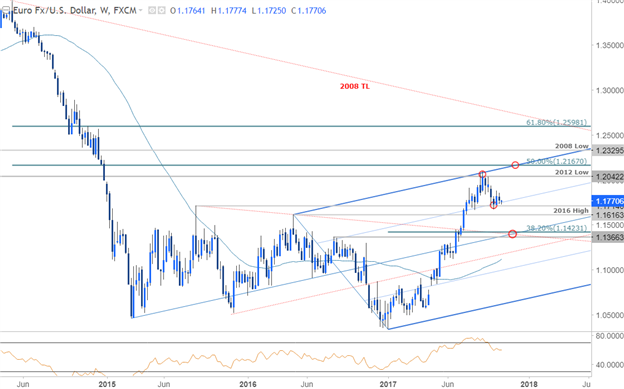 Notes: Euro is trading just above slope support which is backed closely by the late-2015 high at 1.1714. “IF the pair is heading back towards the upper parallel at 1.2167, price should stabilize above these lows. A break below 1.1616 would suggest a larger correction is underway with such a scenario targeting key support & broader bullish invalidation at 1.1366-1.1423.”

Bottom line: The focus remains on a break of the monthly opening range (1.1670-1.1880) which has taken shape just above confluence support. Keep in mind we have the European Central Bank (ECB) interest rate decision on tap this Thursday followed by the release of U.S. 3Q GDP figures on Friday. 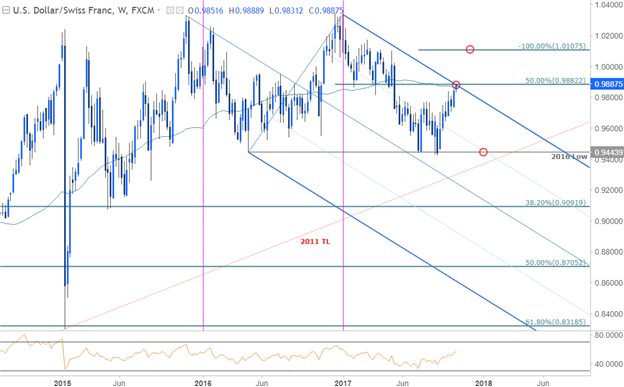 Notes:Earlier this month we noted that USDCHF was approaching a “key resistance confluence just higher at 9870/82(bearish invalidation). This region is defined by the 52-week moving average, the 50% retracement and converges on the upper parallel of the descending pitchfork formation extending off the 2015 & 2016 highs.” Price its testing this region now-its decision time for Swissie.