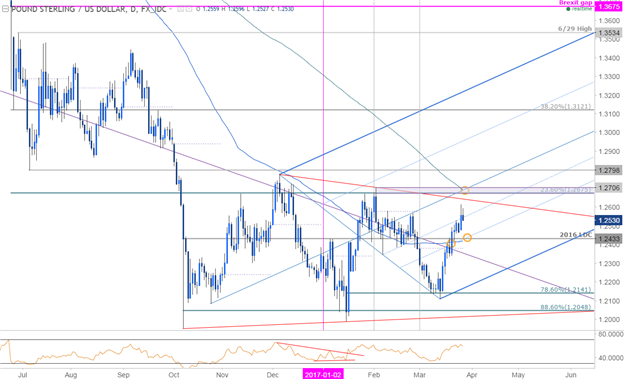 Cable Faces Showdown with Theresa May- Brexit Levels to Know

Technical Outlook:Cable broke above the monthly open / opening-range highs last week, keeping our focus higher in the pair. A critical resistance confluence is eyed higher at 1.2675-1.2706 – this region is defined by the 23.6% retracement of the Brexit decline, the 2017 high, the 200-day moving average and the median-line extending off the October 10/25 low. Interim daily support rests at 1.2417/33 where the 2016 low-day close converges on the 100-day moving average and the 50-line. Broader bullish invalidation rests with the monthly open at 1.2380. 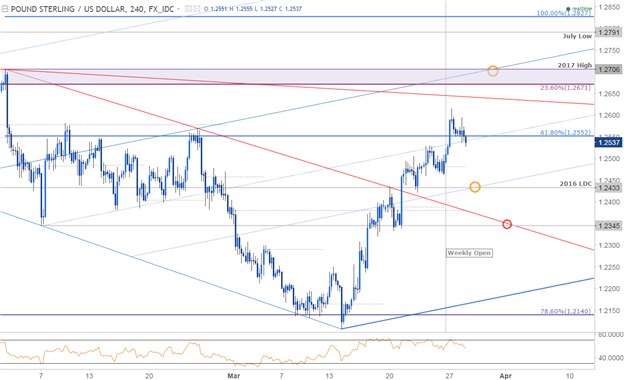 Notes: A closer look at price action highlights the risk for a near-term pullback in the pair as momentum struggles just below the 70-overbought territory. Initial support rests at the weekly open at 1.2488 backed by 1.2433. From a trading standpoint, the immediate risk is for a pullback off these levels but I’ll favor fading weakness into the lower parallel with a breach higher eying a soft target at basic trendline resistance off the December high (currently ~1.2640 & the key 1.2675-1.2706 threshold.

A quarter of the daily average true range (ATR) yields profit targets of 23-27 pips per scalp. UK Prime Minister Theresa May is expected to trigger article 50-tomorrow, thereby starting the process by which the country will de-couple from the Eurozone. Added caution is warranted with the release likely to fuel increased volatility in the cable crosses. Also keep in mind we are heading into the close of the week, month & quarter on Friday- stay nimble. 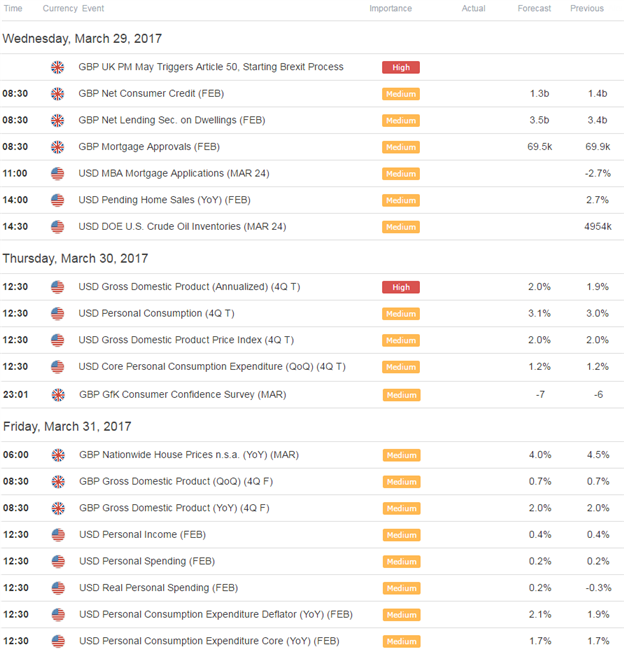