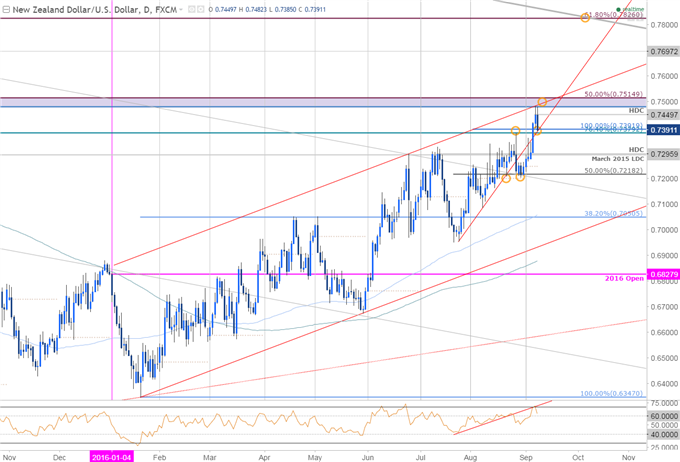 Broader Technical Outlook: Kiwi has made an initial response to the critical resistance zone highlighted in yesterday’s analyst pick at 7481-7515. “This region is defined by the 161.8% extension of the advance off the 2015 low, the 50% retracement of the July 2014 decline and basic parallel resistance extending off the June high. The long-bias is at risk near-term while below this threshold…”

The pair is now testing interim support at 7380/91 & a break here would be needed to validate a more significant reversal in the pair. Note that daily RSI has now tested & reversed off the underside of a former support trigger keeping the risk lower for now. A break lower targets key near-term support into the March 2015 low-day close / July high-day close at 7292/96. 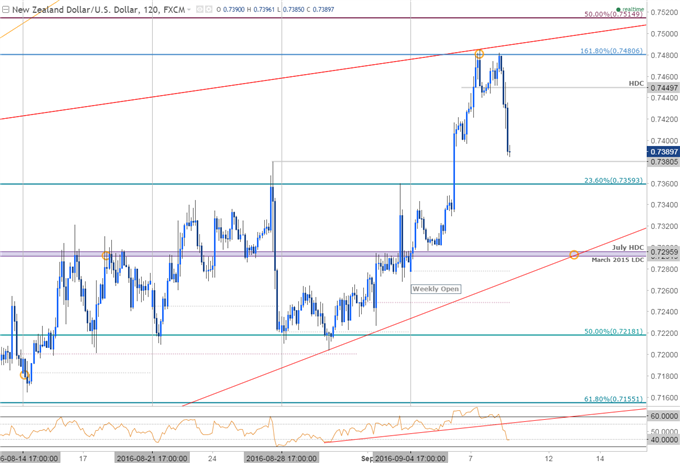 Notes: We discussed this trade in today’s webinar on SB Trade Desk after noting the pair had marked bearish divergence into a support-trigger in early European trade. The decline is now hovering just above last week’s high at 7381 and is backed closely by a basic 23.6% retracement of the late- July advance at 7360. Immediate resistance stands at yesterday’s close (2016 HDC) at 7450 with our bearish invalidation level steady at 7481-7515.

From at trading standpoint I would be looking to fade strength while below key resistance with a move sub-7292/96 needed to suggest that a more significant reversal is under way. Such a scenario eyes subsequent support targets at the monthly open at 7249, 7218 & the 61.8% retracement at 7155. A quarter of the daily average true range (ATR) yields profit targets of 25-28 pips per scalp. Event risk is rather limited into the weekend with the New Zealand GDP & the U.S. Consumer Price Index (CPI) and Retail Sales highlighting the docket next week. Continue tracking this setup and more throughout the week- Subscribe to SB Trade Desk and take advantage of the DailyFX New Subscriber Discount. 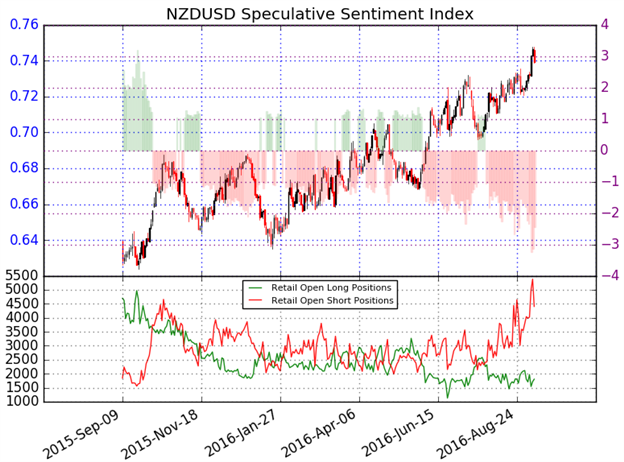 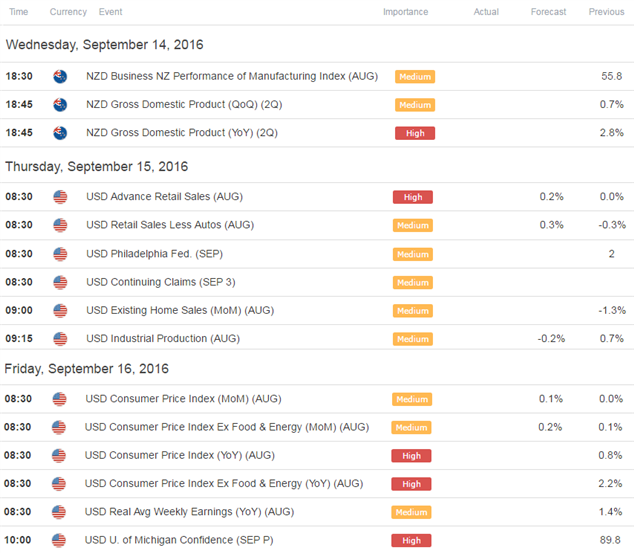