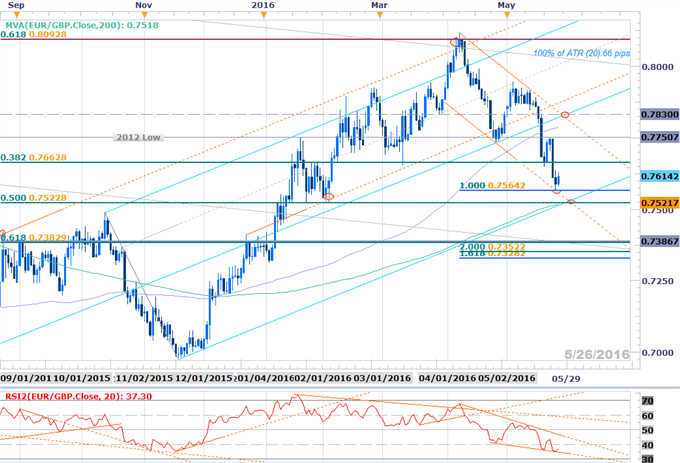 Technical Outlook: A break below slope support and the monthly opening range shifted the focus lower in EURGBP. I highlighted this break on 5/18 and we’ve continued to track the move on SB Trade Desk, with the decline taking out initial targets at 7663 & 7564. A critical support barrier rests just lower at 7518/23 where the lower median-line parallel converges on the 200-day moving average, the 50% retracement of the July advance and descending channel support.

Keep in mind the break made earlier this month validates a broader head-and-shoulders formation with a measured move targeting a key support region at 7352/82. That said, the pair remains at risk for a near-term recovery on a move into the lower parallel with a rebound to offer more favorable short-entries higher up. Interim resistance 7663 backed by this week’s high at 7750. A breach above 7830 would be needed invalidate the broader short-bias. We’ll adjust this level as needed to account for time. 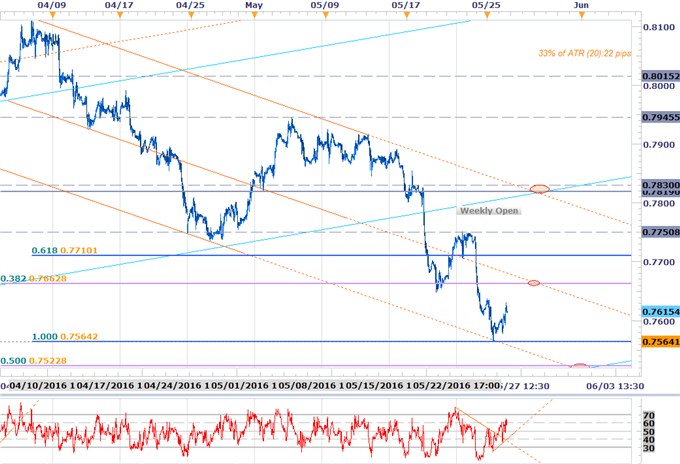 Notes: The pair has continue to trade within the confines of a well-defined descending channel formation off the 2016 high with yesterday’s low registering precisely at confluence support. Near-term divergence into the lows followed by a trigger-break in momentum shifted the immediate focus higher but the pair would need to clear 7663 to suggest a more meaningful recovery is underway. A break below today’s lows targets the key support zone at 7518/23.

From a trading standpoint, I would be looking for this rebound to offer a final drop into key support before any significant recovery materializes. Note that while the average true range (ATR) is rather tight, they are sterling pips. We’ll open up the profit targets to 33% of the daily range or 20-24 pips per scalp. The docket is pretty quiet until next week with the ECB interest rate decision on tap. Continue tracking this setup and more throughout the week- Subscribe to SB Trade Desk and take advantage of the DailyFX New Subscriber Discount. 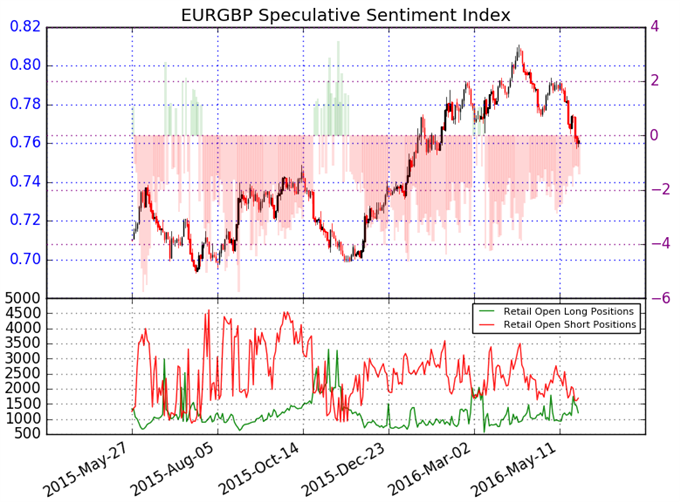