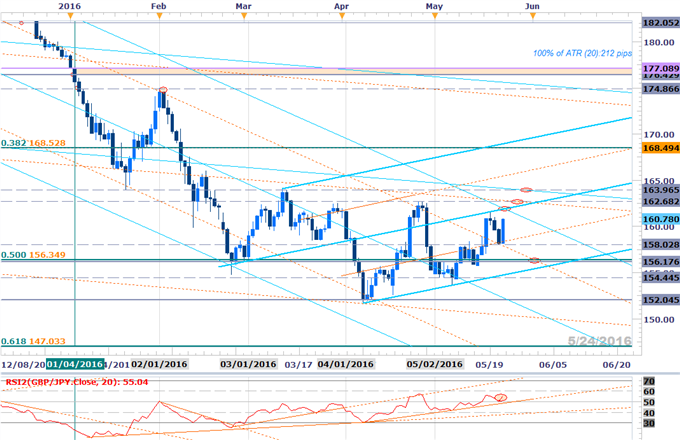 Technical Outlook: Last week I noted that GBPJPY was “attempting a breach above a sliding parallel extending off the late-November low with the broader focus weighted to the topside while above 1.5617/35.” The pair has now tested this parallel as support with the pair rebounding sharply off this mark today. The trade remains constructive but we’re coming up on some significant resistance targets higher up- make-or-break levels that if breached could tilt the scales heavily in favor of the pound.

The immediate focus is higher while above this week’s low at 158.02 with topside resistance seen at the median-line confluence into the 162-handle. Subsequent objectives are eyed at 162.68/80 & 163.96. All three of these targets converge on longer-term slope resistance and a breach above is needed to fuel the next ‘big leg’ higher. From a trading standpoint, I would be looking for long entries on a pullback targeting the upper parallels with the pair at risk for some near-term exhaustion highs at those levels. 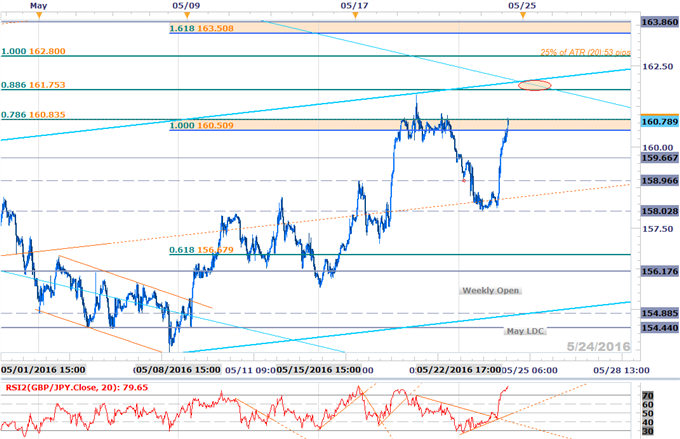 Keep in mind this is a wider-range scalp with a quarter of the daily average true range (ATR) yielding profit targets of 52-56 pips per scalp. Event risk picks up heading into the latter part of the week with the second read on U.K. 1Q GDP and Japanese inflation data highlighting the docket. Continue tracking this setup and more throughout the week- Subscribe to SB Trade Desk and take advantage of the DailyFX New Subscriber Discount. 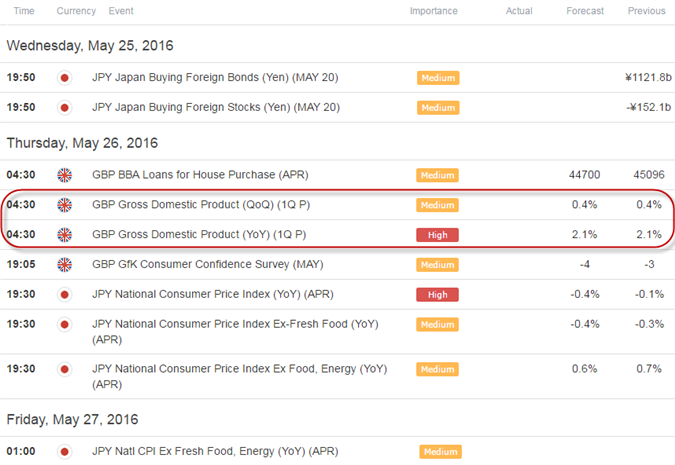