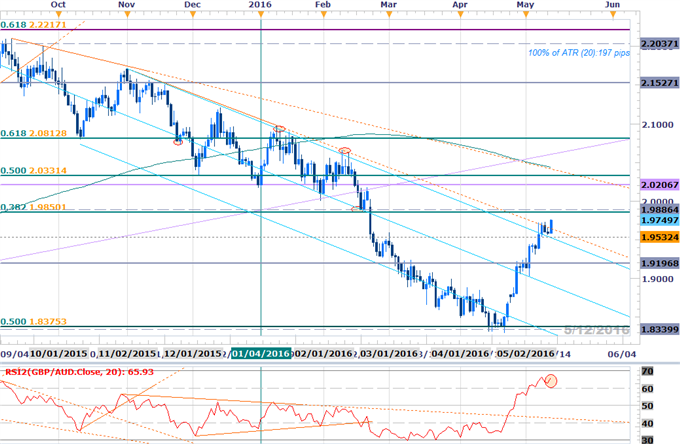 Technical Outlook: GBPAUD is attempting to breach above basic trendline resistance extending off the late-October high and a close above this level keeps the focus on the 1.9850/86- a region defined by the 38.2% retracement of the August decline and the February 2015 high-day close. Note that we’ve rallied nearly 8% off the lows in just over two weeks and the immediate topside bias is vulnerable heading into this zone - we would be looking for a sizeable pullback to offer more favorable long entries. Interim support is eyed at 1.9530 with our bullish invalidation level set to the May open at 1.9186. 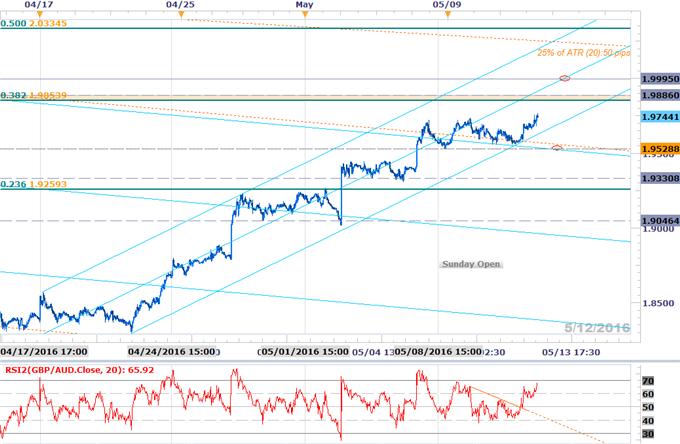 Notes: The pair has continued to trade within the confines of a well-defined pitchfork formation off the yearly low with price action carving out a clean weekly opening range. A topside breach targets the 1.9854/86 level which is backedc closely by the median-line / January swing low at 1.9995.

Bottom line: I would be looking for an exhaustion high near the aforementioned levels to give way to a pullback with a break below the weekly opening range low at 1.9529 needed to invalidate the immediate long-bias. We’ll want to tack on a quick retracement in such a scenario, but initial support targets are eyed at 1.9330 & 1.9260. A breach above 2.000 targets subsequent resistance objectives into the 2016 open at 2.0207.

Keep in mind this is a larger-range setup with a quarter of the daily average true range (ATR) yielding profit targets of 48-52 pips per scalp. Event risk is light from both counterparts into the close of the week with U.K. CPI and Australian employment numbers highliughting the docket next week. Continue tracking this setup and more throughout the week- Subscribe to SB Trade Desk and take advantage of the DailyFX New Subscriber Discount! 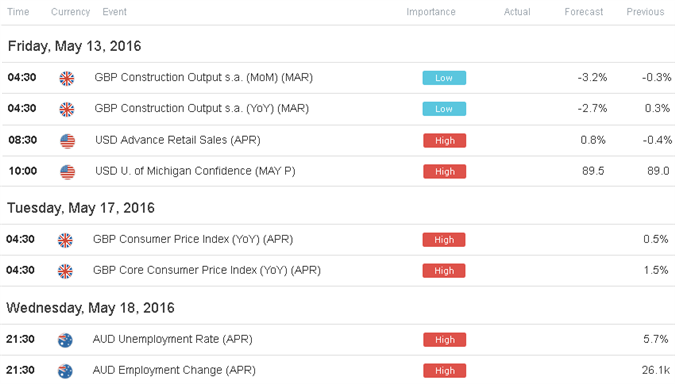