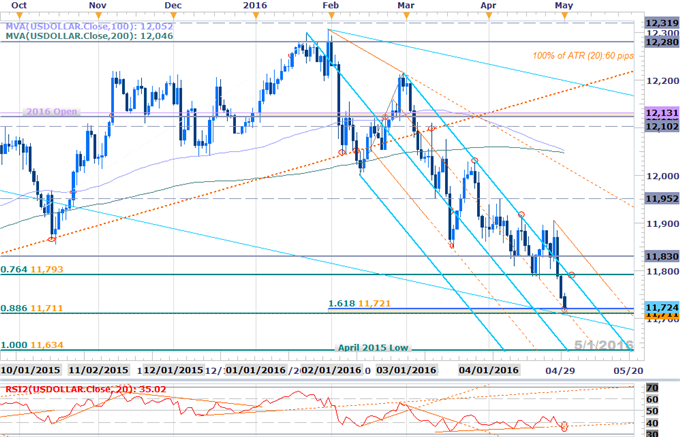 USDOLLAR at Critical Inflection Point Heading Into May Open, NFPs

Technical Outlook: The Dow Jones FXCM U.S. Dollar Index (Ticker: USDOLLAR) is approaching a critical support range to start off the week at 11711/21. This region is defined by the 1.618% Fibonacci extension of the decline off the yearly high & the 88.6% retracement of the April 2015 advance and converges on a few longer-term descending median-lines just lower. The short-bias is at risk heading into this threshold as we continue to mark ongoing divergence in the momentum profile.

Resistance stands with the upper median-line parallel / 11793 with a breach above 11830 needed to invalidate the broader downside outlook. A break below this key support threshold risks accelerated losses for the greenback with such a scenario eyeing the April 2015 low at 11634 backed by the median-line extending off the January 21st high. 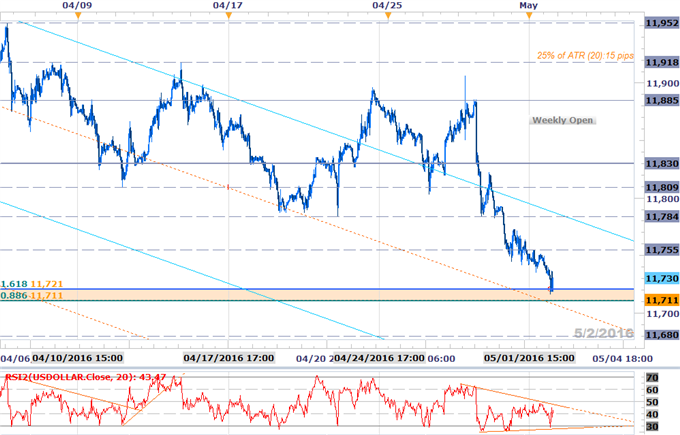 Notes: The weekly opening range should offer some guidance as we hold just above this key support range. Looking for general weakness early in the week to settle-out before we get a more decisive move. Initial resistance is eyed at the weekly opening-range high at 11755 with a breach above 11784 needed to suggest a more significant rebound may be underway. Broader focus focus remains weighted to the downside sub-11830 with a break lower targeting intial support objectives at 11680 backed by 11634.

Added caution is warranted heading into Friday’s highly anticipated U.S. Non-Farm Payrolls report with the release likely to fuel increased volatility in USD crosses. Consensus estimates are calling for a print of 200K with the headline unemployment rate widely expected to hold at 5.0%. As has been the case over the past few quarters, we’ll be looking for changes in the labor force participation rate which climbed to a two-year high last month after falling to levels not seen since the late-1970s last September. Continue tracking this setup and more throughout the week- Subscribe to SB Trade Desk and take advantage of the DailyFX New Subscriber Discount!

Check out SSI to see how retail crowds are positioned as well as open interest heading into the close of the week. 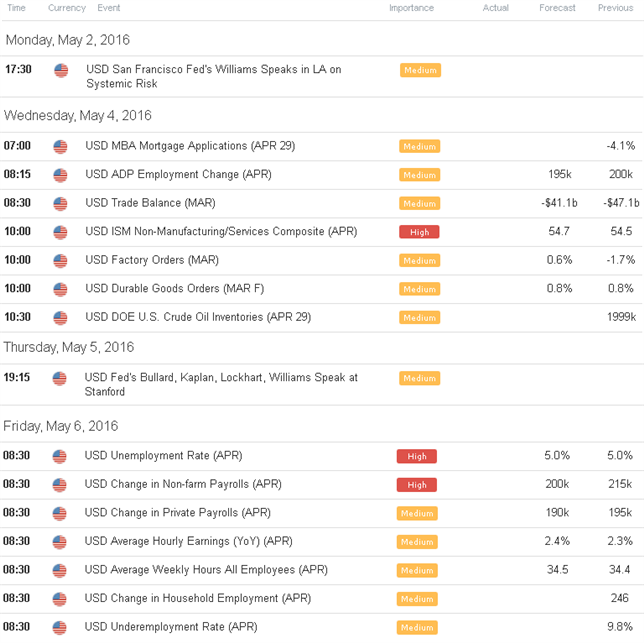