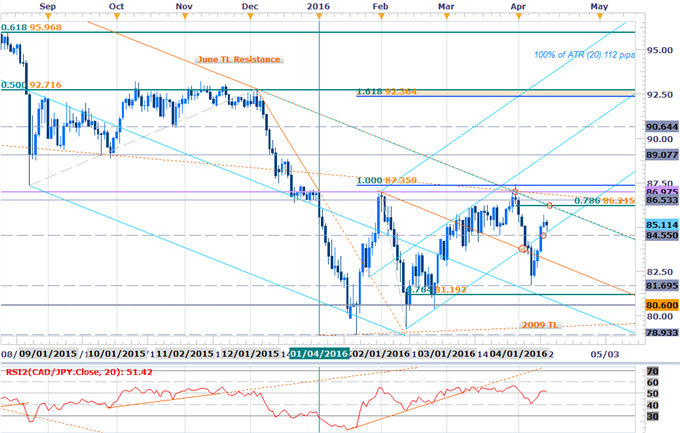 Technical Outlook:Earlier in the month I highlighted the reversal off a key confluence resistance at basic trendline extending off the June highs. The decline extended into the low-week close (daily reversal close) at 81.69 before rebounding. The near-term advance is once again approaching key areas of resistance with our broader outlook weighted to the short-side while below the 2016 high-day close at 86.53 with a breach above the March high needed to shift the focus higher. Interim support rests with the lower median-line parallel / 84.55 with a break below this region targeting the 50-line (red) & the 81.19. Critical support rests at 80.60 – a level defined by the 2016 (January AND February) low day closes. 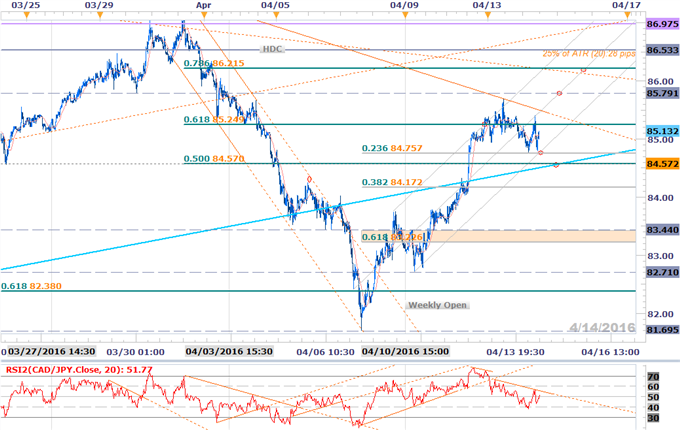 Notes: CADJPY has been within the confinues of a well-defined ascending median-line formation with the pair failing to break above last week’s highs before pulling back. Immeidate support confluence rests at 84.75 with a break sub 84.57 needed to validate the reversal. Subsequent support objectives rest at 84.17, 83.75 & key near-term support at 83.23/44.

A breach above basic trendlinea resistance off the March high puts us neutral with such a scenario eyeing topside resistance levels at 85.79 & 86.21 – (areas of possible short entries). A quarter of the daily average true range (ATR) yeilds profit targets of 27-30 pips per scalp. Continue tracking this setup and more throughout the week- Subscribe to SB Trade Desk and take advantage of the DailyFX New Subscriber Discount!

Check out SSI to see how retail crowds are positioned as well as open interest heading into the close of the week. 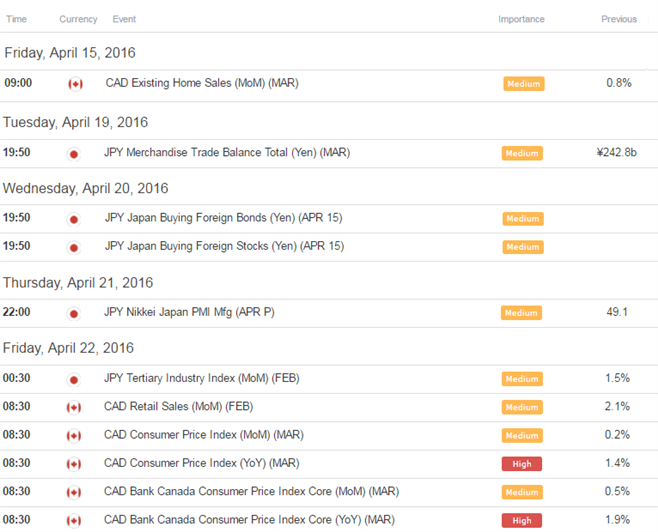