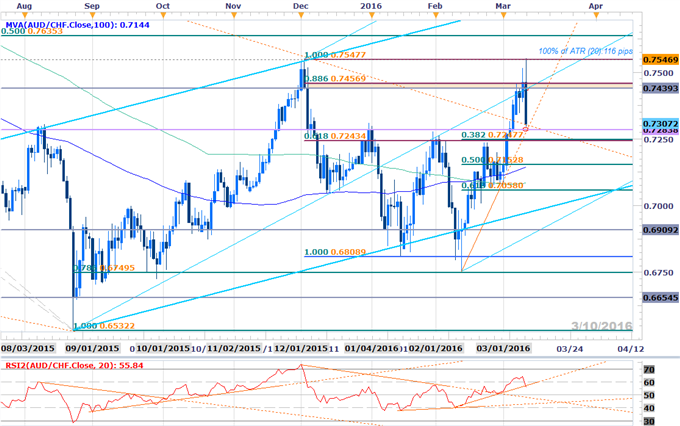 Technical Outlook: AUDCHF posted a massive outside-day reversal off the December high today with the decline eyeing near-term support at the confluence of the 2016 open, former trendline resistance extending off the September 2014 high and basic trendline support off the February low at 7283. Note that the daily momentum profile has seen multiple defenses of the 40-threshold with this week’s breach above 60 keeping the broader focus weighted to the topside. 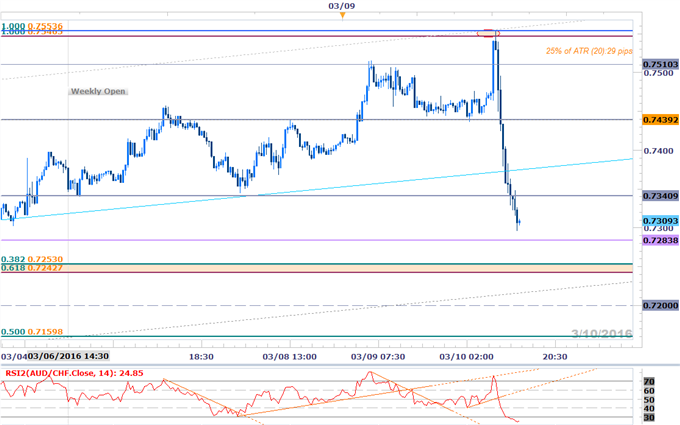 Notes: Today’s rally failed precisely at confluence resistance with the ECB sell-off charging a break of the weekly opening-range lows. Our immedaite focus is weighted to the downside sub-7439 (selling rallies) with support targets eyed at 7284 & 7242/48. Keep in mind a sliding parallel converges on this region into the open of next week and could provide more significant support.

Ultimately we’ll be on the lookout for long-triggers lower down with a breach above 7440 targeting the December close high at 7510 & 7546/54- again a break here would be needed to put the broader long-bias in focus.

A quarter of the daily average true range yeilds profit targets of 27-30 pips per scalp. Event risk for the pair is limited into the close of this week but we’ll be closely eyeing key releases next week with the FOMC & SNB interest rate decisions and Australian employment data likely to fuel added volatility. 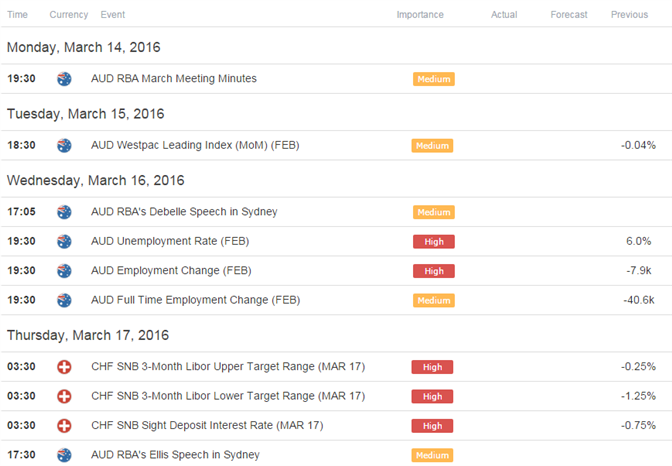