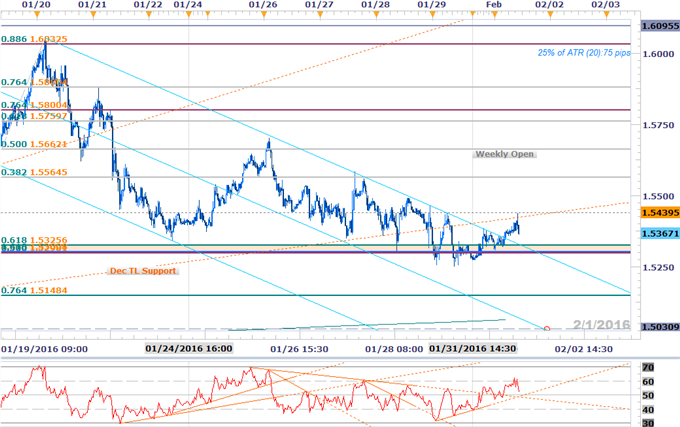 Webinar: Aussie Crosses at Key Inflection Points Ahead of RBA

Notes: EURAUD has continued to hold above the 1.5298-1.5325 barrier discussed last week. The pair broke above the upper median-line parallel last night & our near-term focus remains weighted to the topside while above this threshold with a breach higher targeting 1.5565 & 1.5662. A break below keeps the short-bias in play targeting the median-line / 200-day moving average at 1.5030/40. 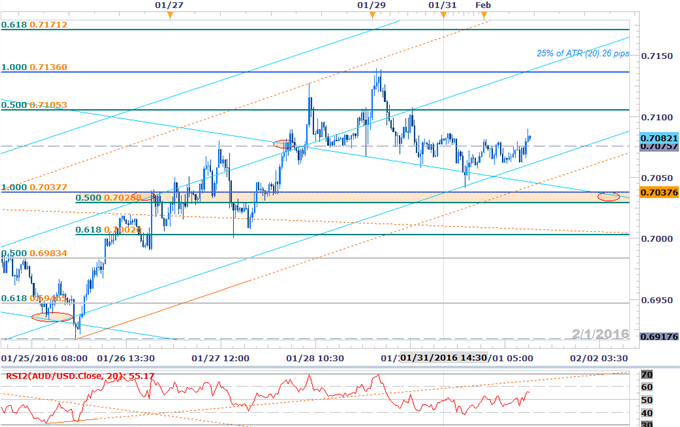 Notes:The AUDUSD weekly opening range is taking shape just above key near-term support & bullish invalidation at 7029/37. Resistance objectives remain unchanged from last week at 7105, 7136 and the key 61.8% retracement at 7171. A break below this key support targets subsequent support objectives at 6983-7000 & 6947.

For updates on these setups and more trades throughout the week, subscribe to SB Trade Desk and take advantage of the DailyFX New Subscriber Discount! 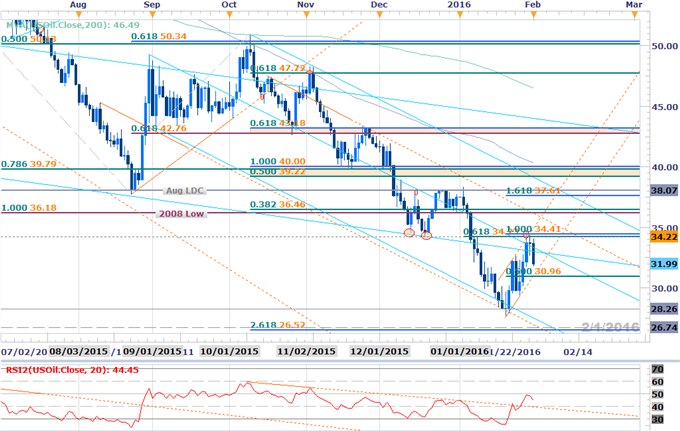 Notes: Crude revesed course at a key resistance confluence at 34.23/41 where the 100% extension & the key 61.8% retracement convege on the December lows. Near-term support & bullish invalidation rests at the confluence of the 50% retracement of the recent advance & basic trendline support extending off the lows at 30.96. 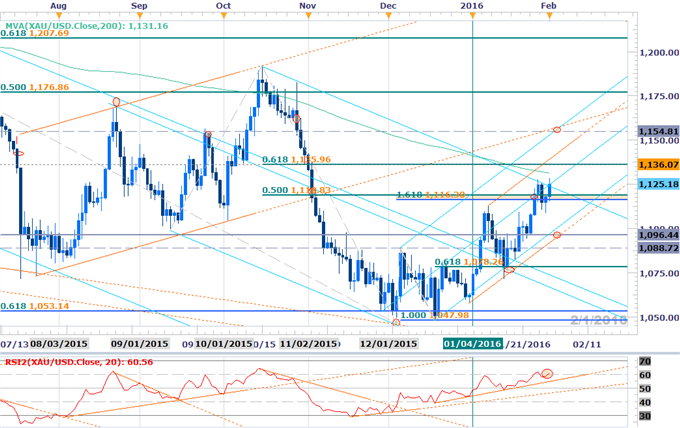 Notes: The rally in gold is vulnerable near-term as the precious metal attempts to break above the upper median line parallel extrending off the October high. Topside breach targets the 200-day moving average at 1131 & the 61.8% retracement of the October decline at 1136. Interim support rests at 1108 backed by our bullish invalidation level at 1096. Highlighted these levels in the weekly Gold Forecast. 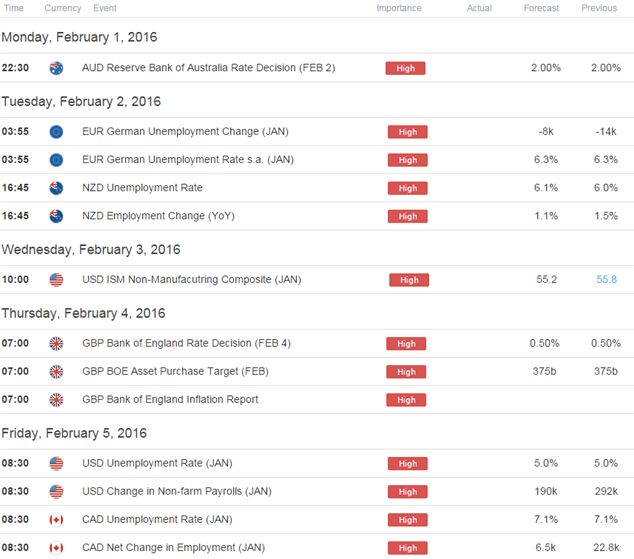