GBPJPY Coiling For Next Big Move- Breach of 170.50 to Fuel Recovery 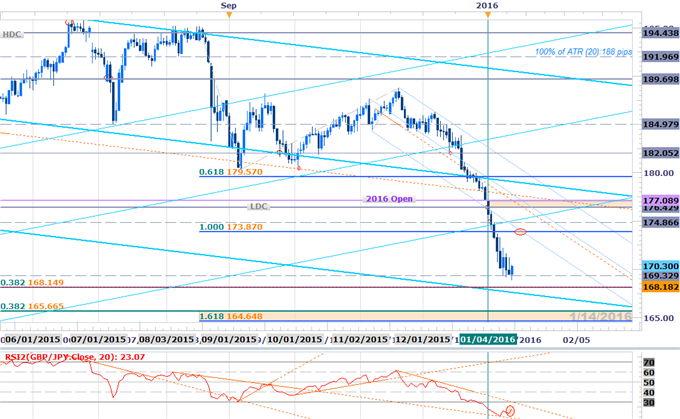 Technical Outlook: GBPJPY is down more than 4% since the start of 2016 after breaking below the lower median-line parallel of a long-dated structure extending off the 2011 & 2012 lows. An embedded descending pitchfork off the November highs also broke earlier this month, keeping the broader downtrend in focus.

The pair has been in consolidation this week just above the September 2014 swing low at 169.33 and we’ll be looking for a break of this range for further guidance on our near-term directional bias. A topside breach alongside a recovery from oversold conditions in RSI, risks a correction higher towards key resistance & near-term bearish invalidation at the former lower median-line / 173.87. Bottom line: we’re coming into downtrend support & a rally here would offer more favorable short entries higher up. A break of the lows targets subsequent support objectives at the 38.2% retracement at 168.15, the broader lower median-line parallel extending off the 2015 low and the 164.65-165.66 Fibonacci zone. 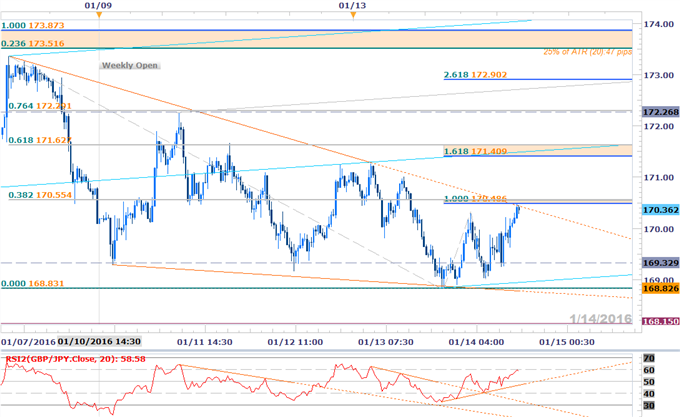 Notes:A falling wedge formation off the Friday’s high has continued to define price action with precision this week with the pair now testing confluence resistance at 170.49/55. A breach above this mark shifts the focus towards initial resistance at 171.41/62 where the median-line converges on the 1.618% extension and the key 61.8% retracement. Subsequent resistance objectives are eyed at 172.27, 172.90 & 173.52/87.

A break of today’s lows invalidates the recovery play & keeps the short-bias in focus targeting 168.15, 165.66 & the 1.618% extension at 164.65. Be mindful of the larger ATR here with a quarter of the daily range yielding profit targets of 46-48pips per scalp. Event risk is light heading into the close of the week with UK CPI, Employment & Retail Sales data highlighting the docket next week. 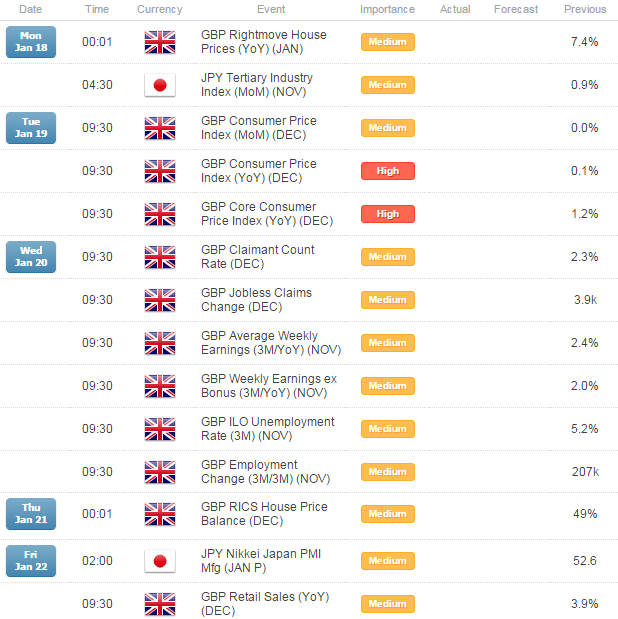