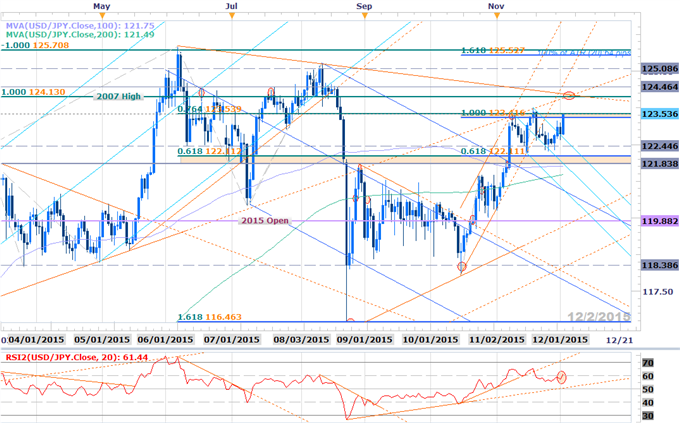 USDJPY is approaching initial resistance after breaking out of the descending pitchfork formation off last month’s high. The resistance zone is defined by the 100% extension of the advance off the October low & the 76.4% retracement of the decline off the 2015 high at 123.42/54.

The immediate topside bias is at risk below this threshold with our bullish invalidation level set along a near-term median-line support structure (see below). A breach higher targets a more significant resistance confluence at 124.06/13 backed by the June 8th reversal-day close at 124.46. 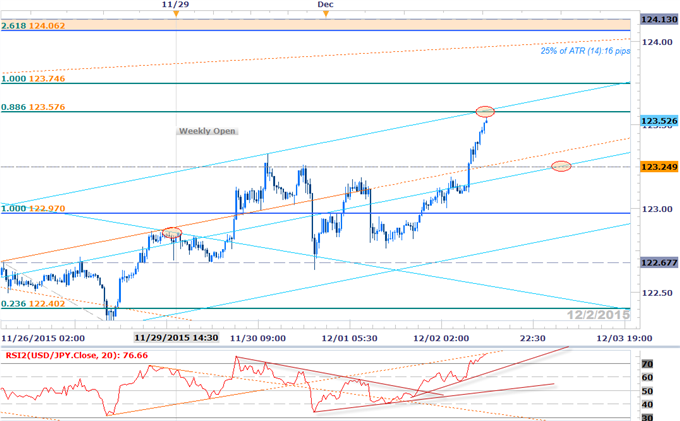 Notes:The pair has been trading within the confines of a well-defined pitchfork formation off last week’s lows with the rally now extending into confluence resistance at the 88.6% retracement- 123.58. At risk for a pullback from these levels with a break below the median-line / 123.25 needed to invalidate the immediate topside bias. The broader trade remains constructive above 122.97 / channel support.

A breach of highs eyes initial targets at the November high at 123.75 and the 124.06/13 Fibonacci confluence region. Note that the momentum signature remains constructive and we’ll be looking for a pullback to offer favorable long entries / resistance triggers. A quarter of the daily average true range (ATR) yields profit targets of just 16-18pips per scalp, but expect this range to widen as we head into significant event risk later this week with ISM Non-Manufacturing, Factory Orders, Durable Goods Orders and Non-Farm Payrolls on tap over the next 48hours . 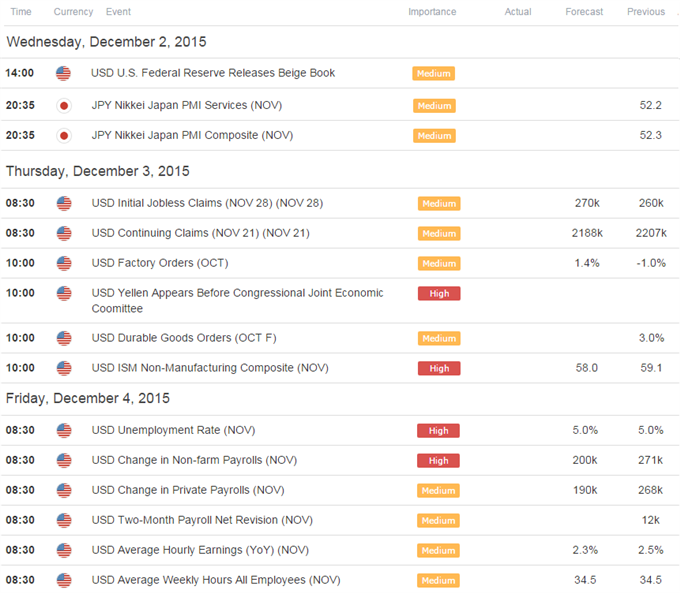