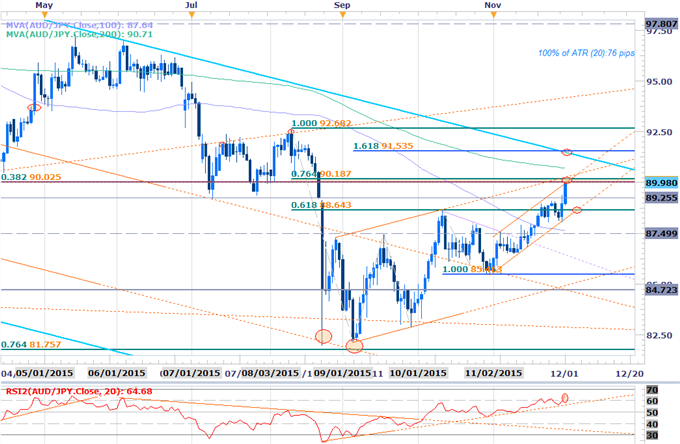 AUDJPY has been trading within the confines of a well-defined ascending channel formation off the late-October low with the rally now approaching its first major resistance hurdle at 90.03/19. This key region is defined by the 38.2% retracement of the decline off the 2014 high & the 76.4% retracement of the August decline and converges on both near-term & medium-term channel resistance. The pair is at risk for a pullback off these levels but the trade remains constructive above 88.64 / channel support.

Note that the momentum profile remains promising with a multi-month support trigger continuing to guide the oscillator. A breach higher targets resistance objectives at 90.71 (200DMA) and the upper median-line parallel / 91.53. 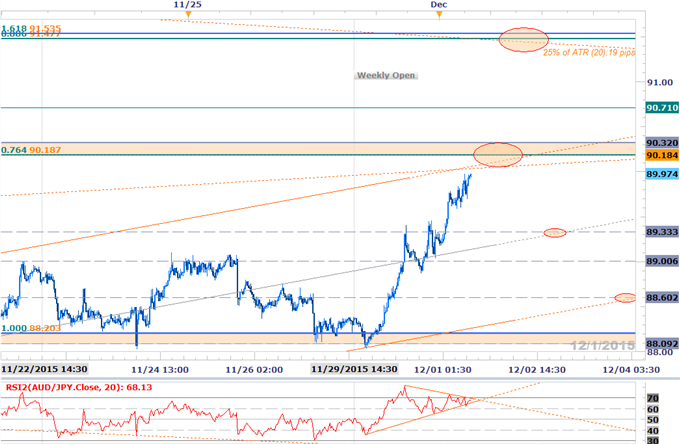 Notes:Intraday RSI is coiling up as we head into highlighted resistance with the immediate long-bias at risk below this threshold. Note we are at resistance within an uptrend and we’ll be looking for a pullback to offer favorable long entries. Soft support rests at 89.33 & 89 backed by our near-term bullish invalidation level at 88.60 / channel support.

A quarter of the daily average true range yields profit targets of 18-20pips per scalp. Added caution is warranted heading into Australian GDP data tonight as well as Trade Balance & Retail Sales later in the week with the releases likely to fuel volatility in the Aussie crosses. 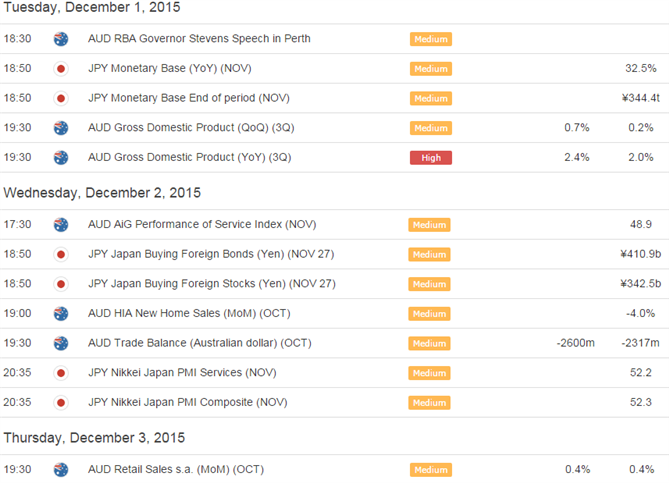