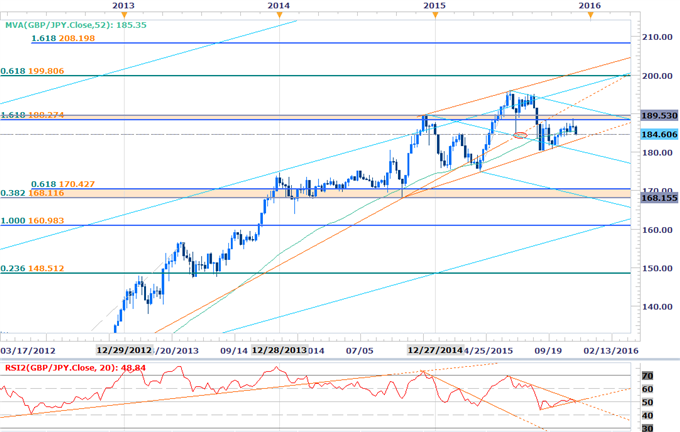 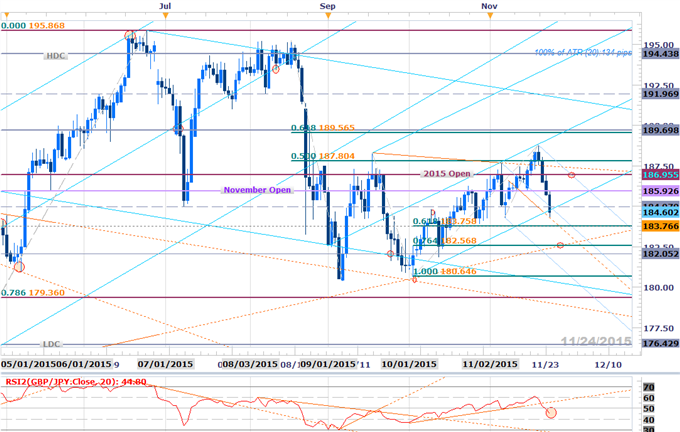 GBPJPY reversed off key resistance last week with a close back below the monthly open yesterday keeping our focus weighted to the short-side. We’re now testing near-term parallel support and although the pair may see some relief off this mark, the outlook remains weighted to the short-side while below the November open at 185.92. A close above the yearly open at 186.95 would be needed validate a broader turn in the pair.

Key support targets eyed at 183.75 and 182.57 / trendline support. Note that daily momentum has been unable to clear the 60-threshold since the yearly high was made back in June with a multi-month support-trigger break keeping the short-bias in play. 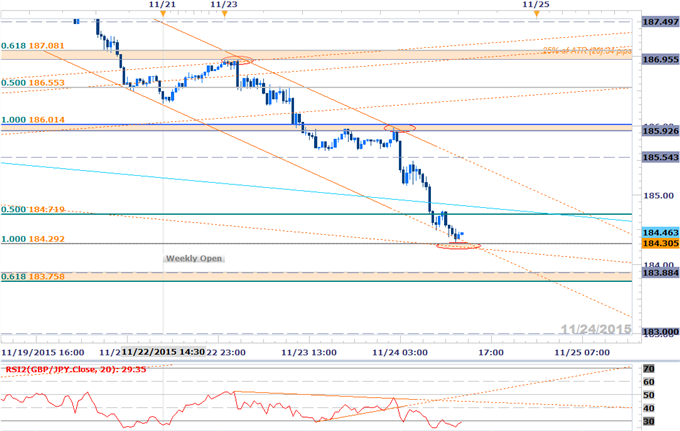 Notes:The pair has been trading within the confines of a well-defined descending channel formation with today’s decline coming into confluence support at 184.30 (note that this is also the monthly opening-range low). We’re holding long scalps off this level but we’ll be looking to sell rallies with interim resistance eyed at 184.72 backed by channel resistance & 185.54. A breach above 185.93-186.01 would be needed to shift the focus back to the topside (bearish invalidation).

A break lower targets more significant support at the confluence of the 61.8% retracement of the October advance & the October 28th swing low at 183.75/88. Subsequent support objectives rest at the 183-handle & 182.56. A quarter of the daily average true range (ATR) yields profit targets of 32-36 pips per scalp. Added caution is warranted heading into Japanese employment & inflation data later tonight with the release likely to fuel volatility in yen crosses. As we approach thin holiday illiquid conditions, it's worth reviewing principles that help protect your capital. We call these principles the "Traits of Successful Traders." 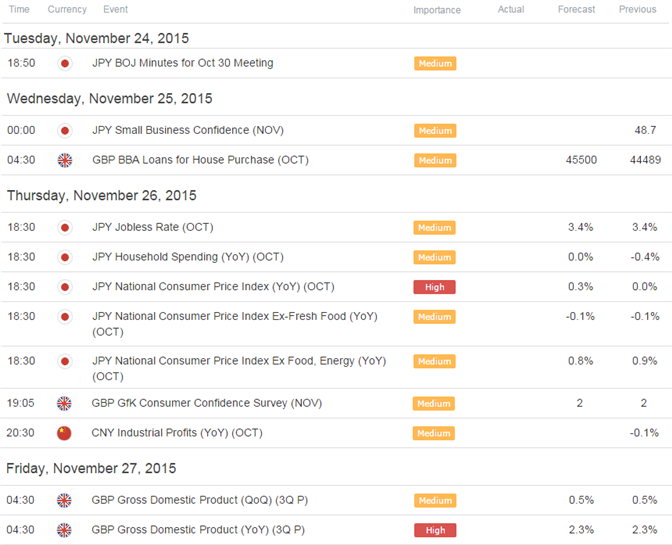