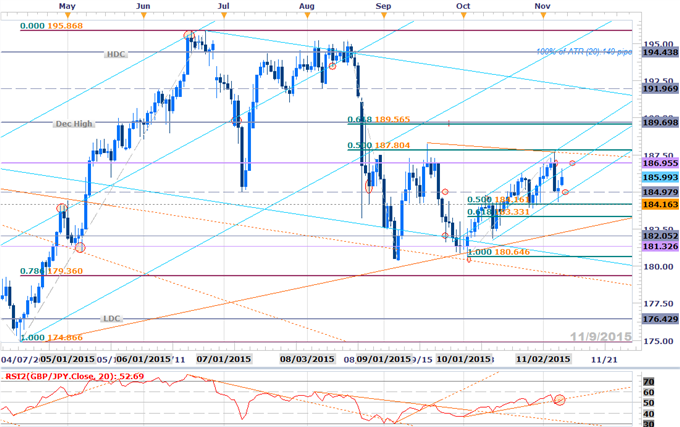 Notes: GBPJPY reversed off slope resistance with the decline marking an outside-day reversal candlelast week. The rebound off the lower median-line parallel is now testing the median line with the 185-187 range in focus to start off the week. Note that we have yet to fill the Sunday gap with the short-side favored sub-186.96. Interim support & bullish invalidation at 184.98 with a break blower targeting 184.16 & trendline support extending off the October 2013 low (~182.70). 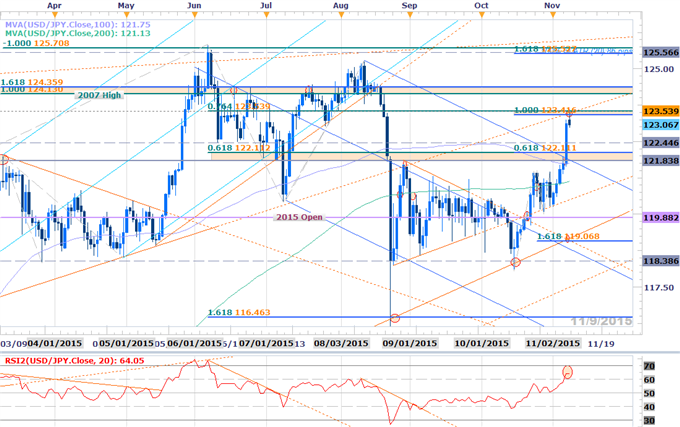 Notes: USDJPY broke a major resistance range at 121.83-122.11 last week with the rally testing its next major hurdle at 122.41/53. This region is defined by the 100% extension of the October advance, the 76.4% retracement of the decline off the June high and former trendline support extending off the January 2015 low. Note that the advance off the lows was in two equal legs, and while the immediate topside bias may be at risk below this level, a move sub 121.83 would be needed to invalidate the breakout. A breach higher targets 124.13/35. 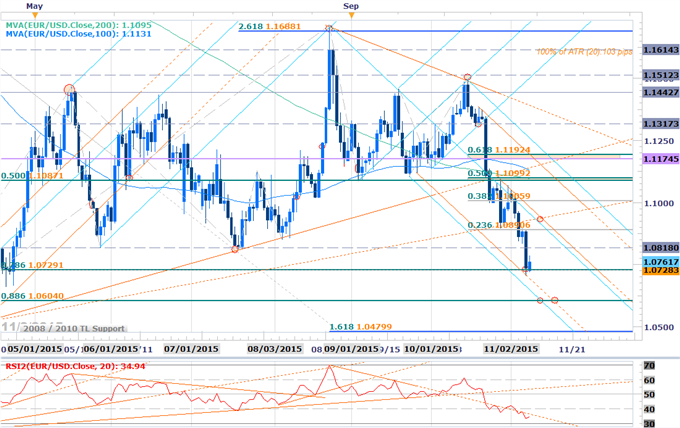 Notes: EURUSD is eyeing near-term support at the confluence off the 78.6% retracement & sliding parallel extending off the 9/25 low. We could see some more upside from here but the broader focus remains weighted to the short-side while below confluence resistance around 1.09440. A break lower targets objectives at 1.0604 & 1.0480. 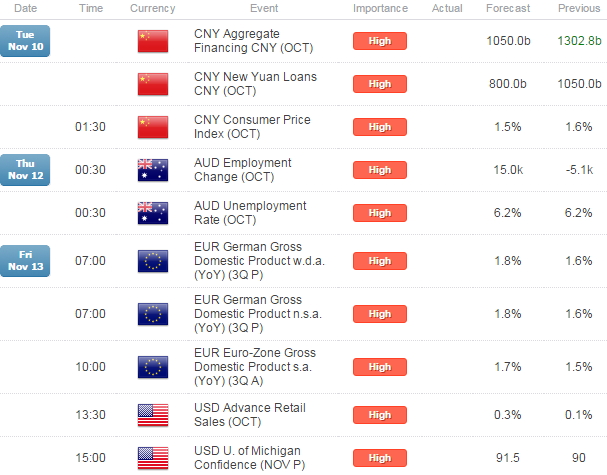