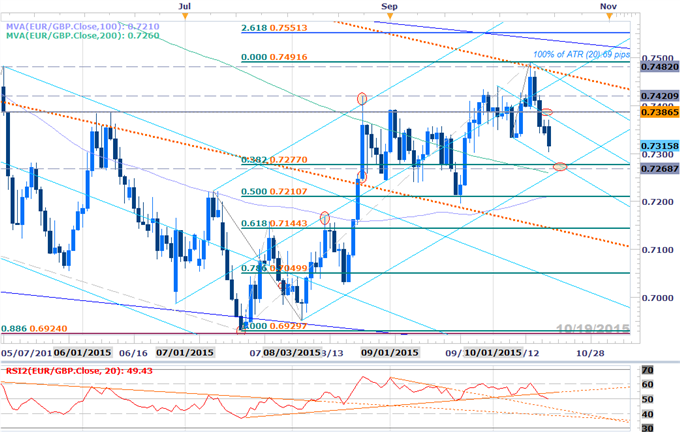 Notes: EURGBP has continued to trade within the descending median-line formation highlighted last week with the pair stalling at the 61.8% retracement of the late September rally at 7308. Intraday divergence alongside a test of the 50 support in daily RSI suggests we may see a near-term rebound early in the week but the broader bias remains weighted to the downside sub-7386 (bearish invalidation level).

The focus remains on the support confluence at the highlighted region into the lower median-line parallel at 7260/77. Caution is warranted heading into the BoE testimony before the Treasury Committee tomorrow and the ECB Interest Rate Decision on Thursday with the releases likely to fuel added volatility in the sterling & euro crosses. 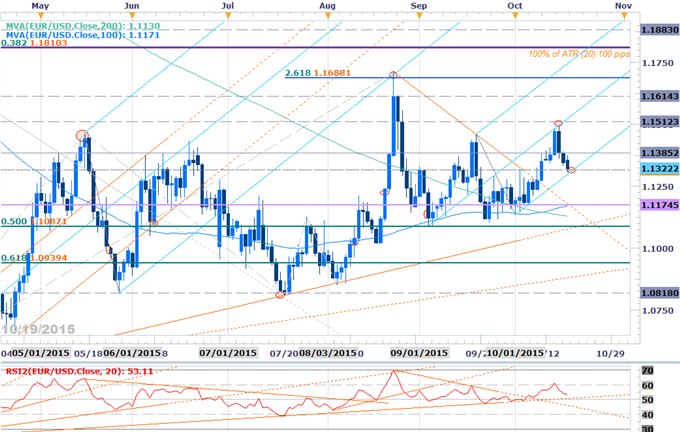 Notes: The EURUSD posted an outside reversal day off the September median-line last week with the decline now coming into confluence support at the convergence of the October opening range high and the lower median line parallel extending off the monthly low at 1.1318 (near-term bullish invalidation). A break below this level shifts the focus back towards more significant support at the monthly open at 1.1175 (note the 100DMA at 1.1171).

Note that momentum has continued to hold sub-60 since the August high and a break of the March RSI support-trigger would suggest a more meaningful pullback is underway. That said, look for immediate resistance at 1.1385 (monthly high/reversal–day close) backed by the August reversal day close at 1.1512. 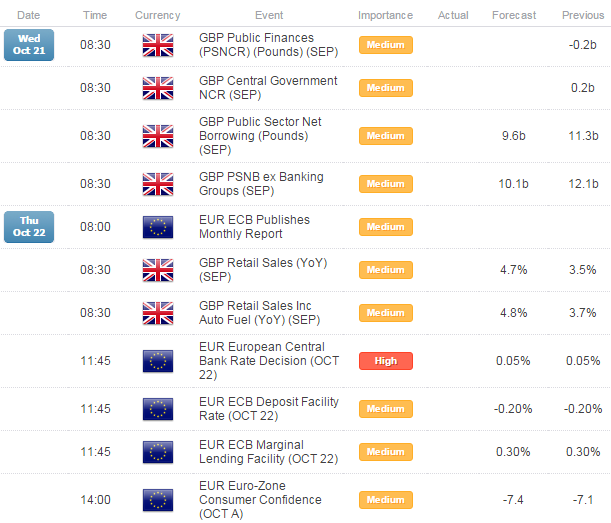