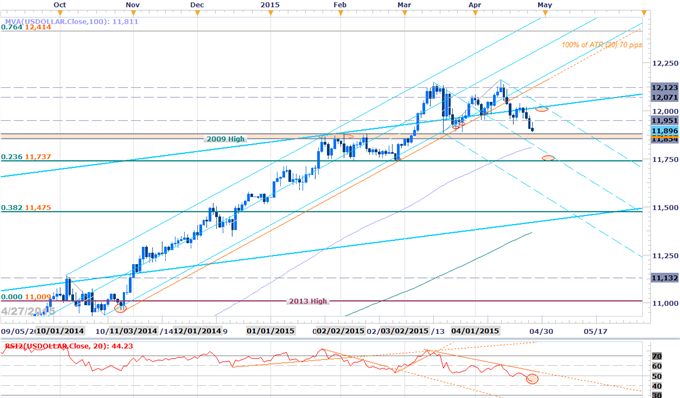 Notes: The USDOLLAR correction has been in play with our outlook unchanged from last week. We are looking to sell strength in the greenback while below former slope resistance into 12,020 (bearish invalidation) with key near-term support at 11,854/80 backed by the March ML / 100-day moving average at 11,781 & the 23.6% retracement / February lows at 11,737. Caution is warranted heading into major event risk on Wednesday with the release of the 1Q US Gross Domestic Product (GDP) followed by the FOMC interest rate decision likely to fuel added volatility in dollar crosses. Market expectations are calling for an annualized print of 1.0%, down from 2.2% in Q4. We’ll be looking for a possible near-term exhaustion low for the greenback heading into the release. 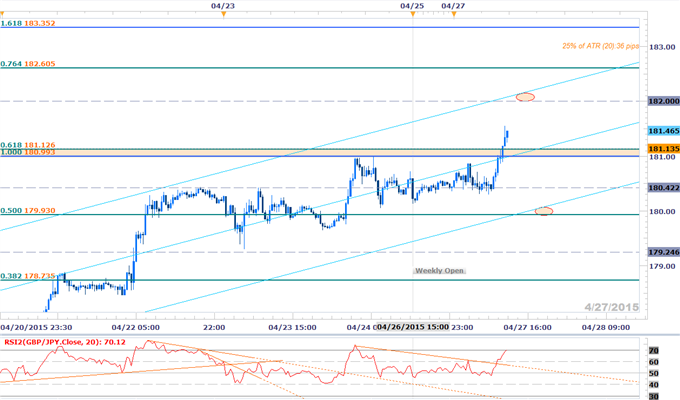 Notes:The GBPJPY setup highlighted on Wednesday has continued to advance through our topside targets with the breach today above the 181.00/13 barrier keeping the topside in focus. Near-term resistance is eyed at 181.70 backed by the highlighted region just below ML resistance at the 182-handle. We’ll be looking for a possible exhaustion high to fade heading deeper into the week with interim support now back at 181.00 followed by 180.42 & 179.93 (bullish invalidation).

Bottom line: the bullish scalp bias remains in play for now with long exposure at risk heading into ML resistance. A near-term break back below 181 puts us neutral with a move sub-ML support (highlighted region) needed to put the short-side back in play. Note that advanced U.K. GDP report is on tap tomorrow morning with consensus estimates looking for the economy to expand at the slowest pace since the last third-quarter of 2013. Current market projections are looking for an annualized rate of 2.6% following the 3.0% expansion seen in the last three-months of the previous year. The release may offer a catalyst with the sterling crosses eyeing near-term resistance heading into this release. 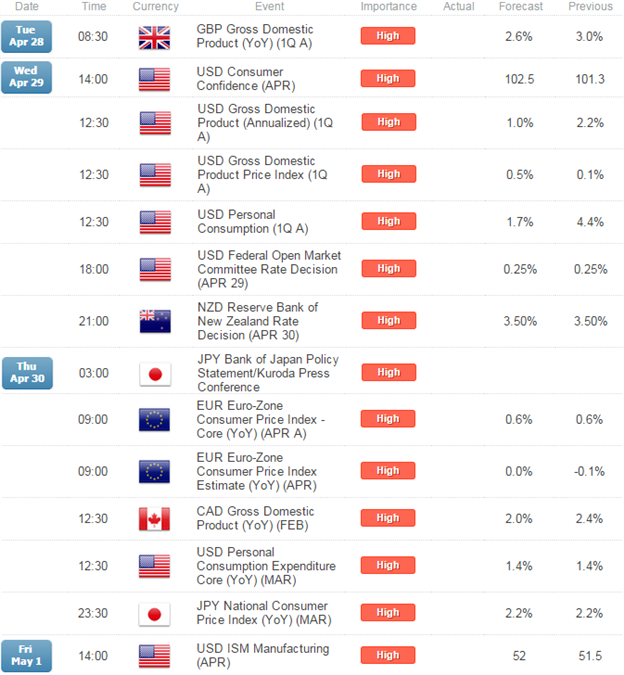