Key Levels for USD Crosses, Gold Ahead of NFPs 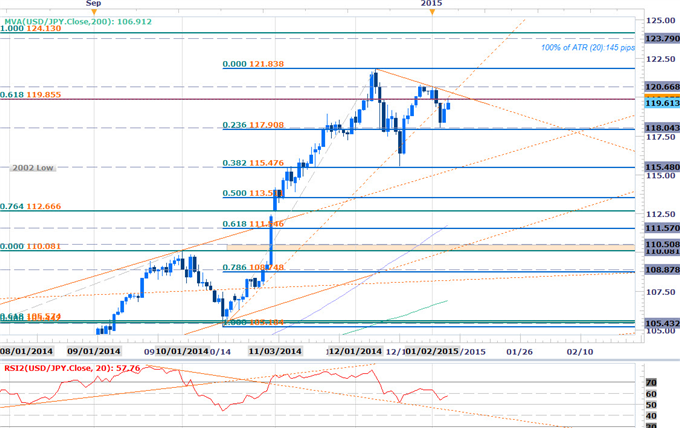 Notes:The USDJPY range has continued to contract since the spill off the December highs with our near-term focus shifting to the short-side heading into NFPs. Interim resistance stands at 119.85 with only a breach above the 2014 high-day close at 120.66 putting the primary up-trend back in play targeting 121.80 & beyond. Key near-term support rests at 117.90-118.04 with break below this region risking a decline into 116.38 and the 115.48/50 mark (broader bullish invalidation). 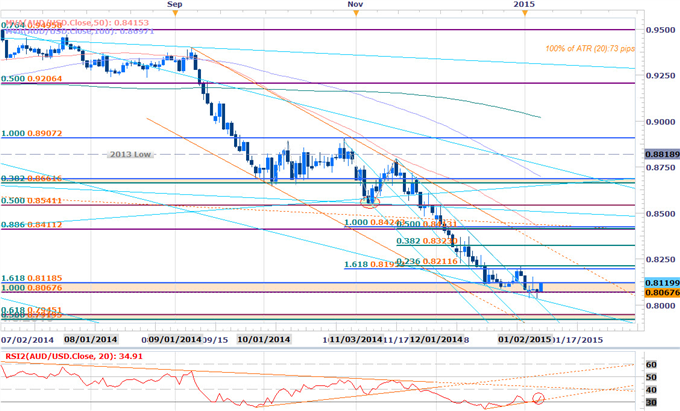 Notes:The Aussie has been in focus over the past few days as the pair continues to test a major support zone at 8067-8119. Failure to close below this region and building RSI divergence in to the lows warns of possible near-term exhaustion heading into the close of the week. Our scalp bias has remained weighted to the topside since yesterday’s rebound off the October 2013 median-line (blue) with a close above this region needed to give this some legs. Note that the broader trend remains weighted to the downside with a correction swing eyeing interim targets into the 8195-8212 resistance-zones. Ultimately we would be looking to sell the proposed rally with a move below key support taking the pair into 7920/45 region. 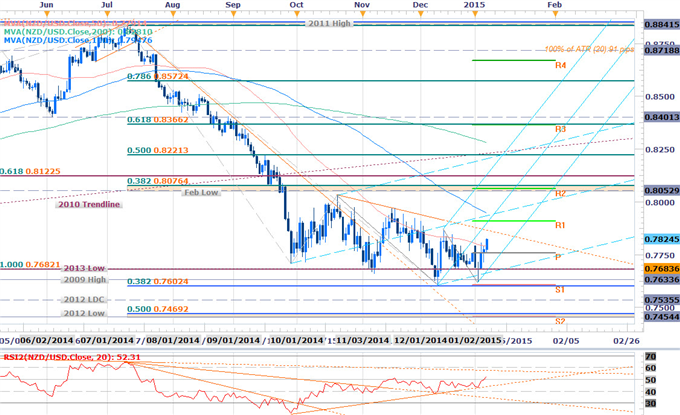 Notes: Kiwi has continued to trade within the confines of the December opening range with today’s rally breaking through the initial 2015 high. Look for resistance just higher at the October trendline resistance with a break above targeting the December median-line (blue) and the R1 monthly pivot just below the 79-handle. Interim support now rests at 7750/60 with key support seen at 7680. 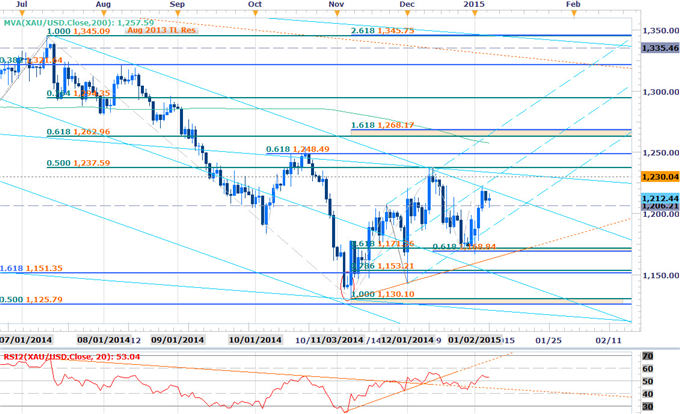 Notes:The gold trade is coiling up just below near-term resistance after reversing off a resistance trendline confluence earlier this week. The focus is on the upper median-line parallel extending off the July high with a break above targeting the December HDC at 1230 and the 50% retracement of the July decline at 1237. Interim support rests at $1206 (2013 LDC) and the proposed lower median-line (dashed blue) currently just below 1190. Key support rests at 1168/71 with a break below putting the broader decline back into focus. 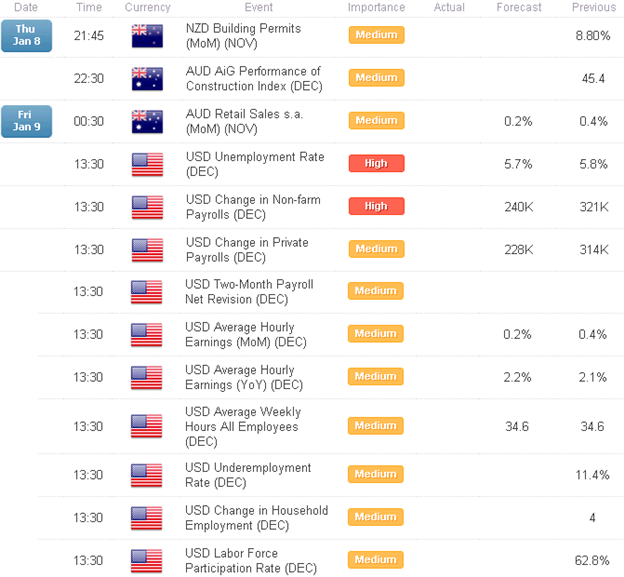 Join Michael for Live Scalping Webinars on Mondays on DailyFX at 13:30 GMT (8:30ET)