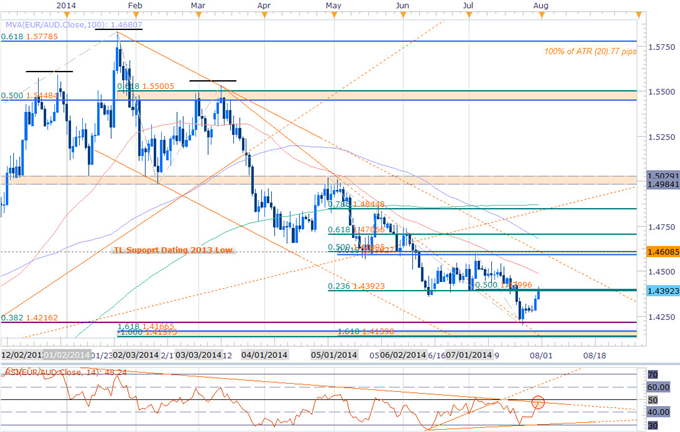 Notes:The pair has already taken out two of our topside targets noted on last week’s report and the focus remains on the 1.44-handle heading into August trade. Our outlook remains unchanged- “Bottom line: Look for favorable long entries over the next few days while above 1.4140/66 with a breach above 1.44 offering further conviction on a near-term reversal. A break / close below key support invalidate this particular setup with such a scenario putting the larger trend off the yearly high back into focus eyeing initial targets at the November low (1.4050).”

Key resistance remains at confluence of the July high, the 61.8% extension off the May high and the 50% retracement of the decline off the April highs at 1.4592 – 1.4609. A breach/close above this region suggests that a more significant low was put in this month with such a scenario eyeing subsequent resistance targets into the 200-DMA around 1.4850. 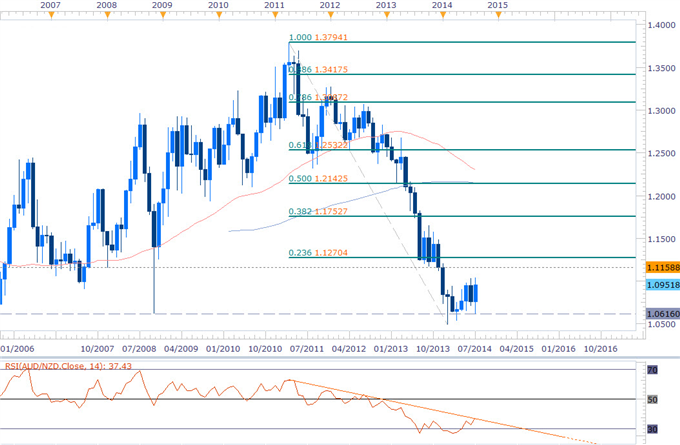 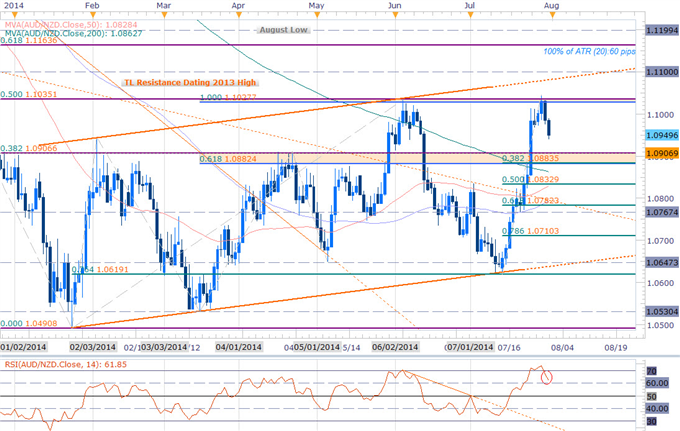 Notes: The broader 1.0650 – 1.1035 range seen since April is back in view and our attention now turns to the August opening range after failing to break through key resistance earlier this week. An outside monthly reversal candle could suggest that the pair is poised for further gains or that we may remain within a period of consolidation as traders seem complacent to play this defined region.

That said, the immediate focus is against 1.1035 with an early/mid-August low likely to offer favorable long opportunities. It’s important to note that at the end of the day the pair remains within the confines of a broad ascending channel formation and until we break out of it, we need to trade it as such. We’ll utilize the 1.0880- 1.0906 pivot range heading into the start of August with only a break below 1.0832 (July ORH & 50% Retracement) shifting our focus towards channel support off the yearly low. 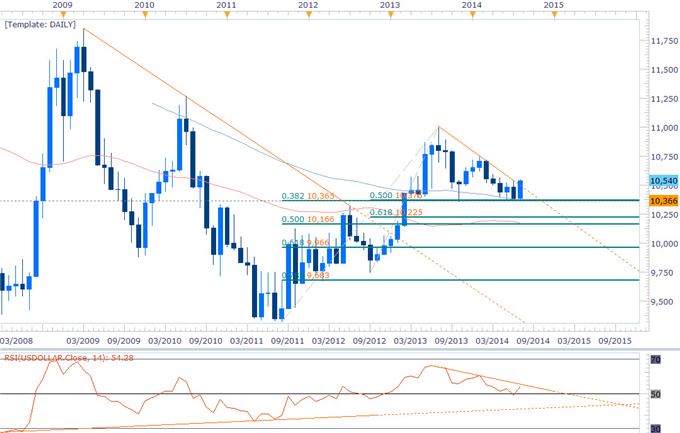 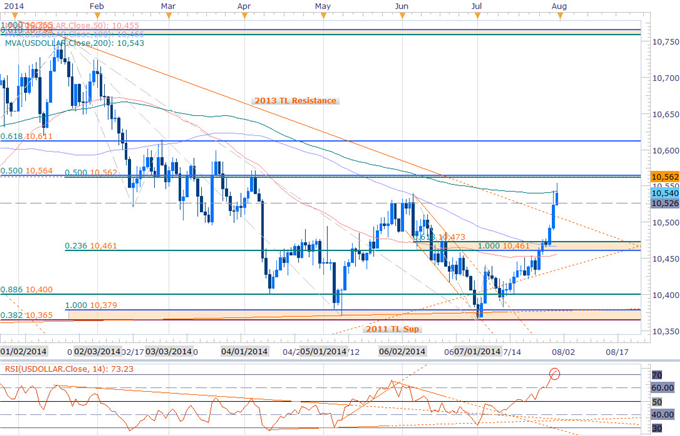 Notes: This month’s outside reversal candle off key multi-month support bodes well for the greenback as we head into August trade. Note that prior to July, the index had not surpassed a previous month’s high since January with this week’s rally taking out trendline resistance dating back to the 2013 high. Our base case scenario is that the dollar put in a significant low in the index this month and our focus medium-term focus remains weighted to the topside while above 10,461/73.

In the near-term, the greenback looks vulnerable as the index loses steam just ahead of key resistance at 10,562/64. Look for a possible exhaustion high tomorrow on the back of the US employment report with pullback likely to offer favorable long entries deeper into August trade. Bottom line: we’ll look for the monthly opening range to offer guidance while noting a general bias towards the long-side while above 10,461 with a breach above 10,564 opening up subsequent topside resistance objectives.

Follow the progress of this trade setup and more throughout the trading week with DailyFX on Demand.

Join Michael for Live Scalping Webinars next week Monday on DailyFX and Tuesday – Thursday on DailyFX Plus (Exclusive of Live Clients) at 12:30 GMT (8:30ET)