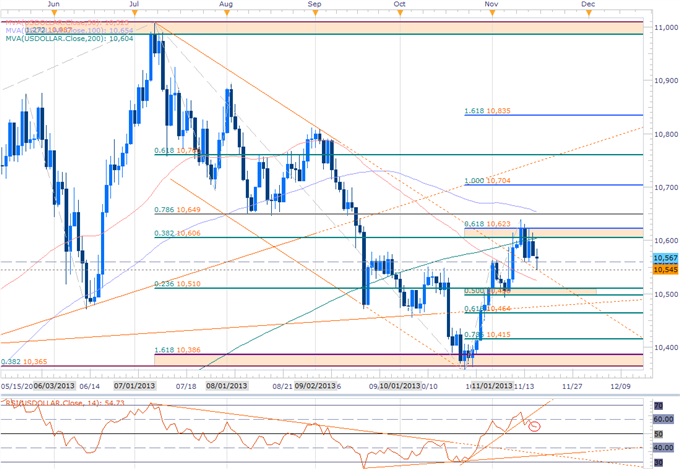 Notes: The USD pullback is at a critical near-term inflection point and the initial reaction off former channel resistance, now serving as support, looks encouraging. We will utilize this level as the weekly opening rage low with a break above 10,585 (weekly open high) putting our topside targets back into focus. A break below former channel resistance puts a neutral bias on the greenback and risks a deeper correction in into November low with only a close below invalidating our broader bias. Aside from the economic docket also be mindful of the host of Fed officials set to speak this week with 8 of the 12 voting members on tap. 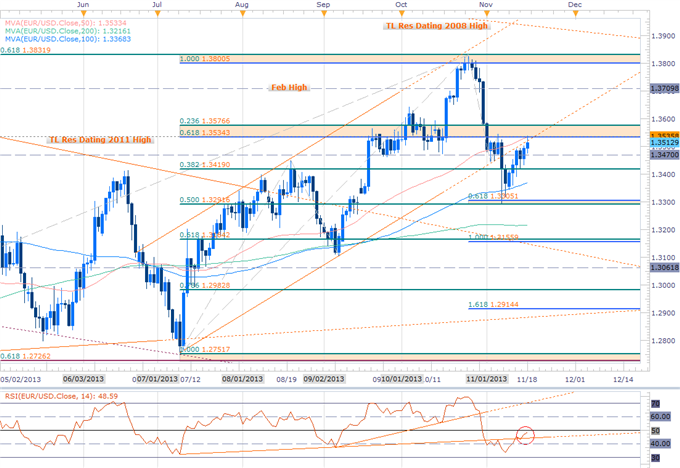 Notes: Short scalps were initiated this morning in DailyFX on Demand at 1.3535 as we came into daily resistance early in the US trade session. The opening range for the week seems to be set between 1.3440 and 1.3475 and we will look for a break of said range for further conviction on our near-term scalp bias. For the detailed targets refer to last week’s EURUSD scalp report. 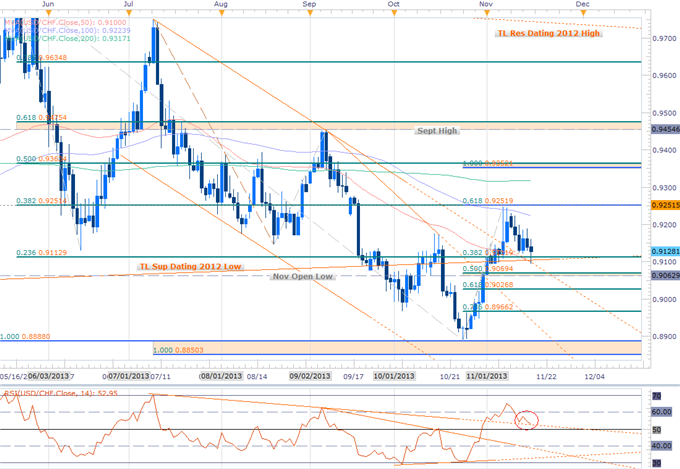 Notes: We outlined our expectations for a test of the 9111 threshold last week and the initial reaction off this mark has us eyeing a break of the weekly open high for further conviction on our directional bias. Broader bias remains bullish above 9062, scalp bias bullish above 9111. 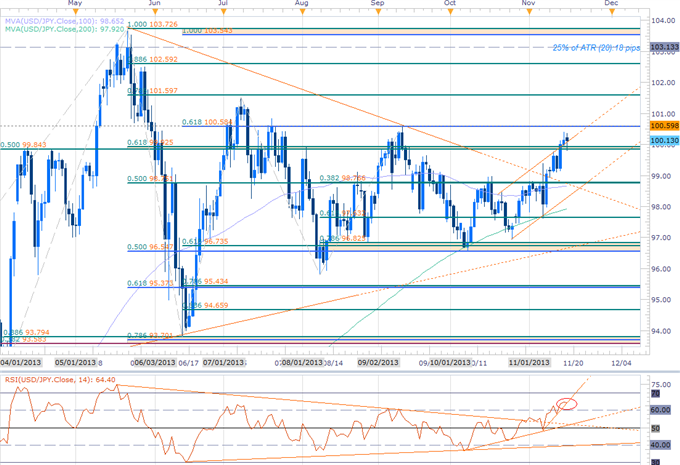 Notes: Longs were initiated this morning as price action rebounded off near-term support at 99.85/92 early in the US Session. We’ll need to surpass 100.58 to get this thing going and the BoJ may be just the event to do it. The weekly opening range is set and we’ll look for a breach above 100.38 for long side scalp conviction. The range remains rather tight with scalp targets being booked at roughly 20-pip increments as per a quarter of the daily average true range. Note that a break below 99.84 shifts our focus lower into the close of the week with such a scenario eyeing support at Fib/trendline confluence at 98.75 and key support at 97.60.

Join Michael for a Live Scalping Webinar on Monday on DailyFX and Tuesday, Wednesday and Thursday mornings on DailyFX Plus (Exclusive of Live Clients) at 1230 GMT (8:30ET