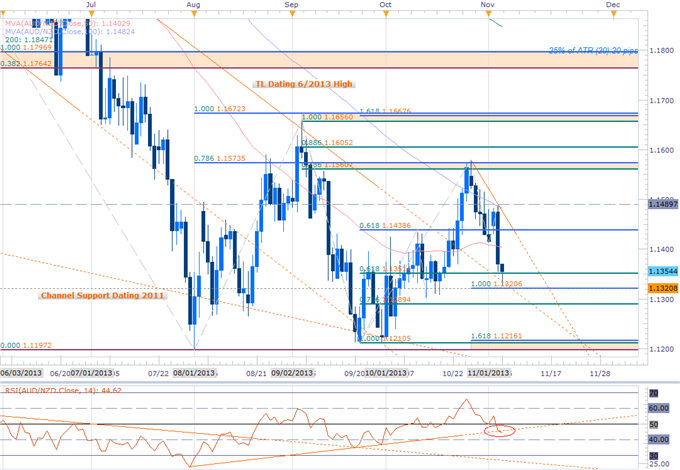 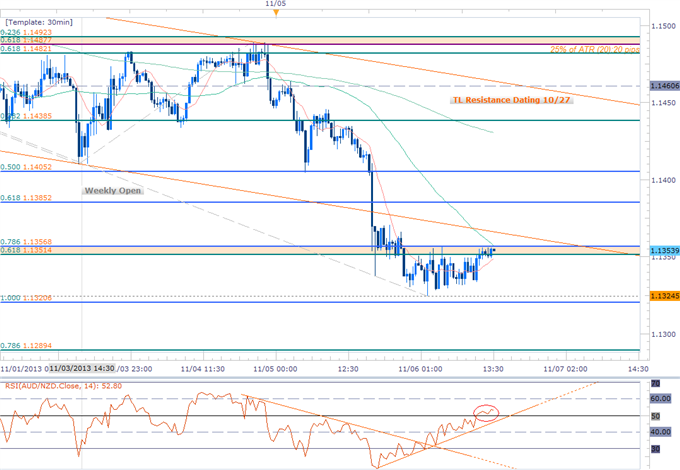 Notes: Although the decline off the October highs has been rather sharp, the pair has now come into a key support zone between 1.1320- 1.1352 that may offer a near-term bounce. The support structure is defined by the 61.8% retracement of the rally off the September low, the 100% Fibonacci extension taken from the decline from last month’s high and former trendline resistance dating back to the June 2013 high. As such, our focus has immediately shifted to the topside against this support region with only a break/close below invalidating our near-term scalp bias.

A long intra-day RSI trigger was identified just ahead of the European open with a break and re-test of trendline resistance warranting near-term long exposure. Look for a breach above former channel support to offer further conviction with such a scenario eyeing subsequent resistance targets. Note that near-term RSI support warrens of a possible pullback with another test of the 100% extension at 1.1320 not off the table before mounting a more meaningful rally. We will attempt to buy on dips / breaks of resistance so long as the pair remains above 1.1320 with a breach of the November opening range high at 1.1490 suggesting that a more significant low may be in place heading into the end of the month.