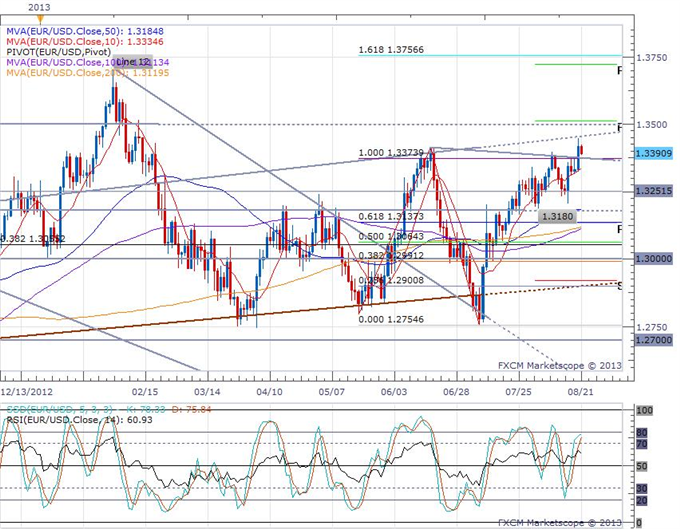 What is Eating Bundesbank President Weidmann

Something seems to be eating at Bundesbank President Jens Weidmann. The often hawkish head of the German central bank made comments today criticizing current procedure at the European Central Bank, only two days after his often hawkish Bundesbank made comments disagreeing with the dovish guidance provided by the European Central Bank earlier this month.

Weidmann said today that he’d welcome a timely publication of minutes, as it would convey main lines of arguments. He also said that forward guidance won’t change ECB course of action. These comments seem to be addressing a contradiction between the ECB and the so-called “Buba”. ECB President Draghi said in the beginning of August that the interest rates will remain at current or lower levels for an extended period of time. But the Bundesbank said two days ago in a monthly report that ECB guidance doesn’t rule out a rate increase, especially if inflation pressure emerges.

It is unclear who to believe in the obvious contradiction over rate guidance, and Weidmann may be suggesting that we would understand the contradiction better if we had access to the ECB minutes. Furthermore, Weidmann may be trying to divert our attention from stated forward guidance to the recently rising Euro-zone inflation.

It is definitely uncertain how this disagreement may actually affect Euro trading, but the markets definitely took a short rally on the Buhndesbank’s initial comments two days ago. However, we do know that Weidmann has criticized ECB action in the past with no substantial outcome (look at the decision to initiate the OMT bond purchase program). Therefore, Euro traders will have to wait to know for sure if the Bundesbank is trying to tip off the public to some unexpected rate hike in the near future, or if Weidmann is just expressing his opinion, possibly a minority or even lone opinion among ECB members.

The Euro is trading slightly lower against the US Dollar in today’s Forex trading, after setting a new 6-month high at 1.3451 yesterday. That level may now provide resistance, and support may be seen by a broken resistance line around 1.3180.