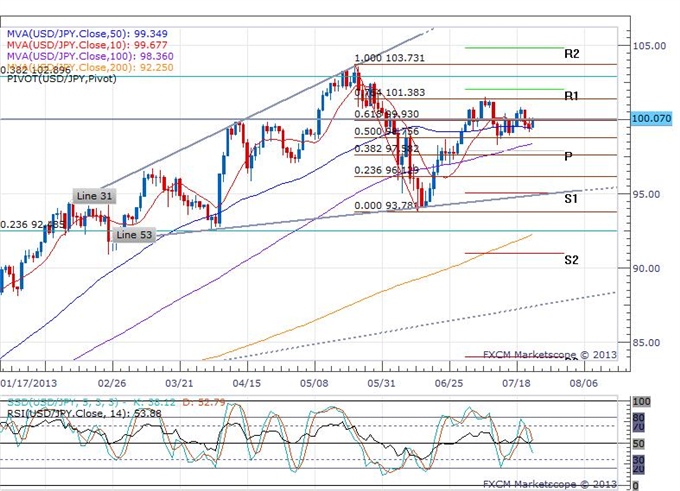 While the Euro is the big winner thus far in today’s Forex trading session, following a beat of expectations in the PMI release, the US Dollar remains close behind. The Aussie, Kiwi, and Yen are all trading lower against the Greenback at the time of this writing.

However, it is unclear if the decline of the major Asian and Australasian currencies is due to general strength in the US Dollar. An alternative explanation is that the Kiwi and Aussie are down following the worse than expected Chinese PMI, and USD/JPY may be up on general risk appetite that is currently evident in the European equity markets.

In comments, France Finance Minister Moscovici further said today that France is uncontestably on the recovery path, and the country is seeking a drop in the jobless rate at the end of 2013. Moscovici reiterated an expectations for 0.2% GDP growth in Q2. The optimistic comments were somewhat supported by higher French PMI’s in July.

The PMI releases were the only major events on the economic calendar in the European session. The European Central Bank also released its bank lending survey. The ECB said it sees demand for loans declining in Q3, and the central bank said consumer credit standards are easing for the first time since 2007.

USD/JPY is currently trading right above the key 100.00 line, where it might continue to see support. A monthly high at 101.53, which is also near a 76.4% retracement of the May to June decline, may provide resistance for the pair.