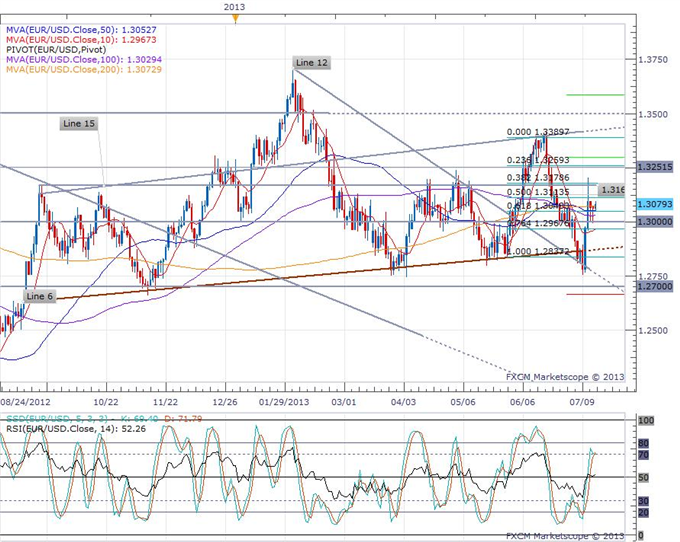 ZEW’s Fuest said today’s assessment reflects investor confidence in the German economy and an overall positive forecast. The Bundesbank warned last month that the German economy will show strong growth in Q2, but then slow in the summer. Therefore, signs of a slowdown in the Euro-zone’s biggest economy are Euro negative.

Also released in the Euro-zone today, annual inflation for June was confirmed at 1.6%, in line with an initial estimate. The below-target inflation rate rose for a second month in June. Eurostat also reported that the total trade balance for May was 15.2 billion Euros, beating out expectations for the trade balance to fall to 12.0 billion Euros.

Finally, Bank of Spain chief economist Molina spoke today and said the ECB has done preparation for possible negative rates, but further said that the negative rates have negative side effects. The comments about monetary policy had no significant effect on Forex trading.

Although the Euro saw a temporary decline following the ZEW release, those losses were quickly pared and EUR/USD continues to trade around 1.3075. The pair may next see support by the key 1.3000 figure, and resistance may continue to be provided around 1.3165.

The bigger story of the European session was the decline in Pound following a less than expected UK annual inflation.