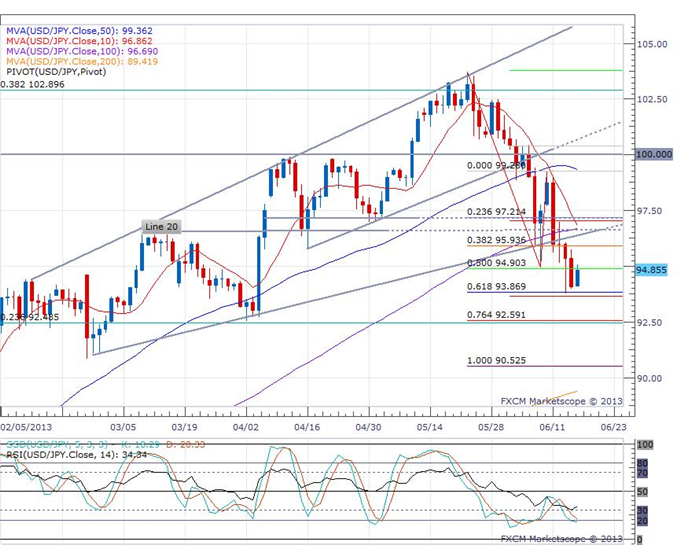 It’s been a quiet European session in Forex markets, as little news from the UK and Euro-zone have left the Euro and Pound relatively unchanged during today’s trading. The major winners of the day have been the Aussie and Kiwi, as the Yen has shown the biggest daily losses, thereby reflecting a risk-on environment in Forex trading. This risk appetite is reflected in the major European and Asian equities, which have been trading higher following the weekly open.

The major story of the day is the Group of 8 summit, which will begin today. There doesn’t seem to be a specific topic that Forex traders are waiting for a decision on, but there is still the possibility of a decision at the summit which moves markets in an unexpected way. The major story consuming Forex Traders’ attention remains Wednesday’s Fed meeting and monetary policy decisions.

The Yen has fallen back towards the 95.00 line against the US Dollar, as Japan’s safe haven currency may have been sold off as the Nikkei equities index closed 2.73% higher. The ally of PM Abe, Yamaguchi, said today that the BoJ should prepare more easing steps. USD/JPY may see resistance by the key 95.00 level, and the pair may find support by a 2-month low set recently at 93.78.