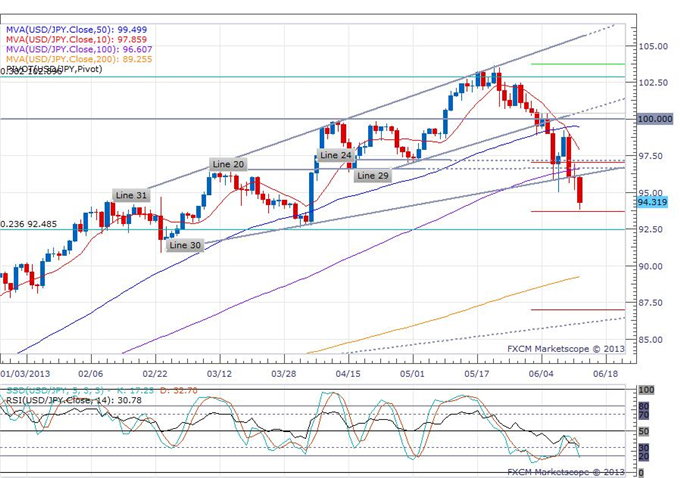 Government Leaders Line Up to Defend the Japanese Economy, Yen Pays No Heed

EUROPEAN SESSION UPDATE: Comments from officials couldn’t stop the 6% decline in the Nikkei or the rise in Yen; Euro retreats from a rise towards 1.3400…

The effects of yesterday’s US stock market selloff following the downgrade of the World Bank’s economic growth outlook continued to be felt in the start of the European session, as the Nikkei equities index closed down 6.35% and European equities opened significantly lower. However, the Euro and the Pound have seen little change despite the risk-off environment.

There was little significance in the economic releases during the European session, but the Euro used the time to erase a temporary rise to 1.3400 against the US Dollar seen overnight. The ECB released its monthly economic report today, which reiterated a lot of the comments said by Draghi in his monthly press conference. The report said that price pressures in the Euro-area remained subdued, and the council sees a downside risk to the economic outlook.

Nothing makes you feel like something is wrong like a bunch of people in the know coming out to deny anything is wrong. As the selloff in the Nikkei raged on, Japanese officials lined up this morning with positive comments about the recovery in the economy. BoJ Governor Kuroda started the string of comments by saying the real economy is recovering slowly, a line that was repeated multiple times by government officials.

The Yen followed the Nikkei drop by rising significantly, and USD/JPY declined below 94.00 for the first time in two months. The pair may continue to see support around 92.50, and resistance may come in by the key 95.00 level.